Nollywood actress Eniola Badmus has shared a throwback photo of herself with her mother as she mourns her demise.

The death of a loved one can be excruciating, and this is no different for Eniola Badmus.

Eniola Badmus, in the post shared on her Instagram page, expressed how much she misses her mother and prayed that her soul would continue to rest in peace.

She wrote: May the soul of my mum continue to rest on I MISS YOU MAMA

News recalls that Eniola Badmus took to social media to clear the air about her age and issued stern warnings to those adding to her age, stating she is not 44 years old.

READ ALSO:  “Come Get That Money” – Ginimbi’s Sister, Niela Shares Her Last Chat With Him Before He Died In Fatal Accident

However, she urged her fans to always get their facts right to avoid confusion on social media.

She wrote: Y’all should stop adding up to my age I’m not 44years old I never clock 40 years ooooo can’t be older than my senior ones my elder sister is not even up to 44years old so get your facts right. 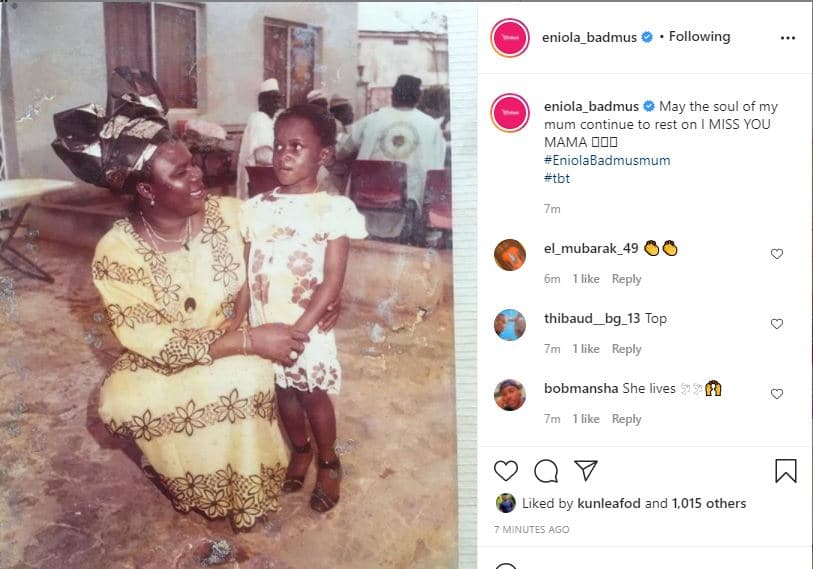