Nollywood actress, Funke Akindele has stepped out for the first time in weeks since her marital troubles aired online.

News reported on Sunday, April 10 that all wasn’t well in the actress’ home as she allegedly got into a fight with her husband, Abdul Bello.

To worsen it, her husband’s babymama, Mella filthly dragged her as she spilled dirts about the couple.

Since the news broke out, the actress has stayed mute and has put on hold several of her movie productions.

Funke Akindele decided to put the dramas behind her as she stepped out in style today to watch the King of Thieves movie and The Blood Convenant at Filmhouse Cinema in Lekki.

Sharing a video of herself looking a little pale, she wrote, “I’m here at the cinema to watch 2 well recommended movies!!! I’m super excited. Legooo!”.

News recalls Funke Akindele broke her silence on social media as she announced the premiere of her forthcoming project titled, ‘She Must Be Obeyed’.

Funke took to her Instagram page to announce to fans to get ready for her new movie by sharing a lovely photo of herself along side the caption “SheMustBeObeyed coming soon. 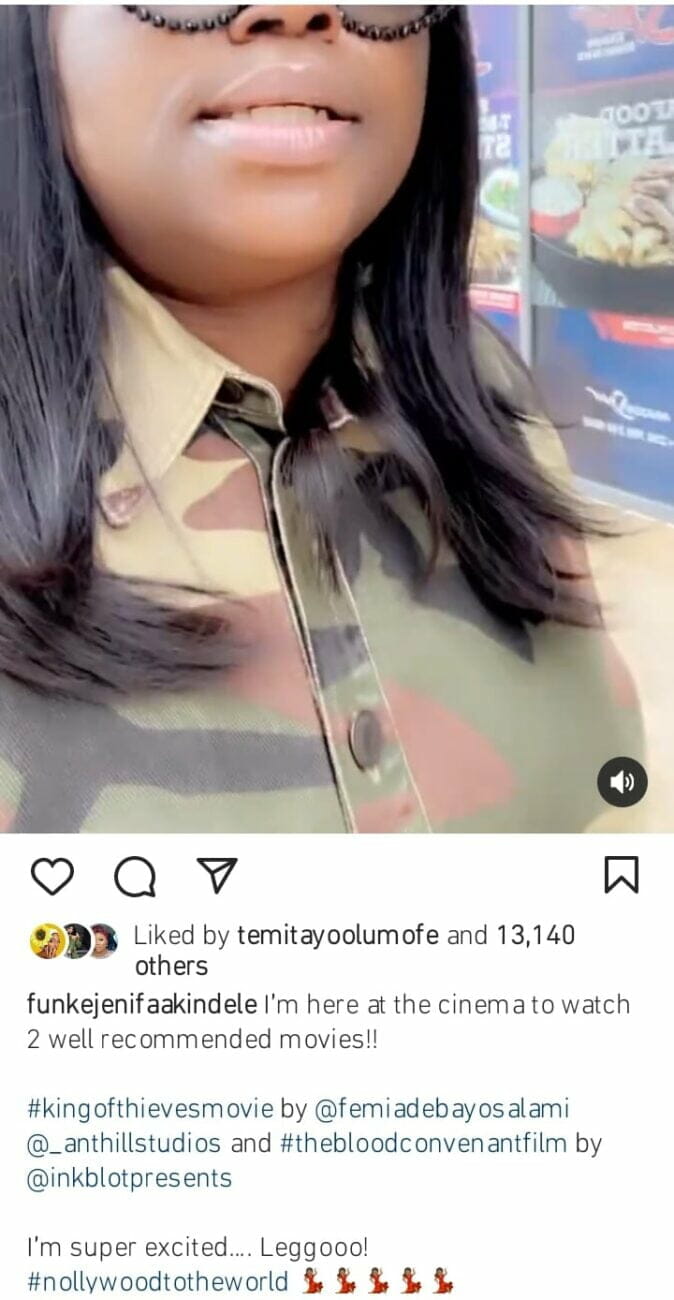