Nollywood actress, Ifunanya Igwe has accused men of giving out certain things that they themselves can’t take.

In a recent post on her IG stories, the actress stated that events of the past week has shown that men can’t handle cheating, yet they cheat on their spouses “over and over again without remorse“.

In her post, she also called out those who are judging people despite having skeletons in their own closets. She went on to ask people to leave dancer, Jane Mena and her husband, Pies alone.

Men would cheat over and over again without remorse and their women will keep crying and praying for them to stop cheating. It’s hard for a woman to leave a cheating spouse, but once a man finds out his woman is cheating, heart attack straight.

Some of you are out here judging people while y’all got skeletons in your cupboard. The way y’all are always happy to get bad news about people is what I don’t understand. What about you mind the business that pays you and leave Jane and her husband to sort themselves out 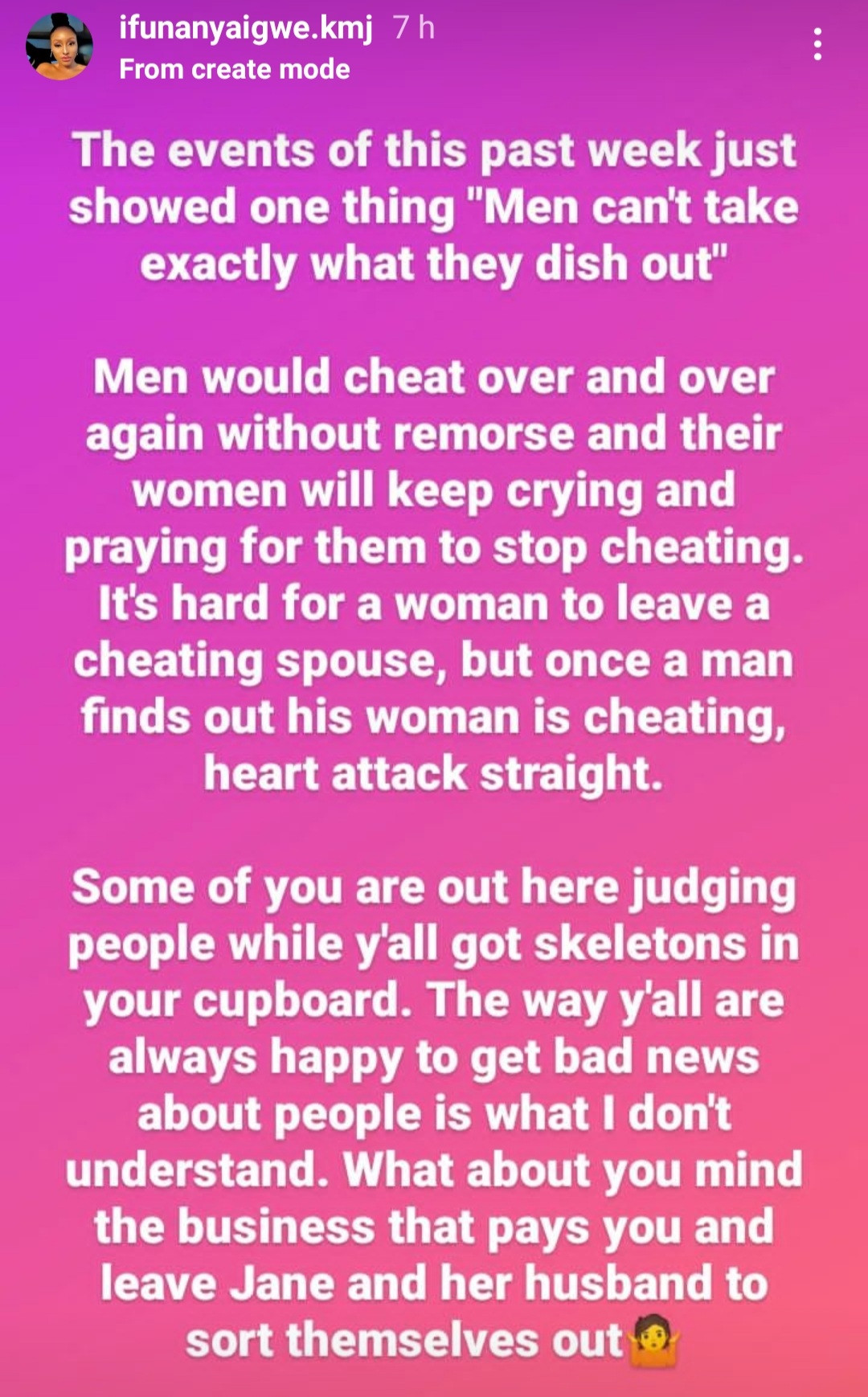