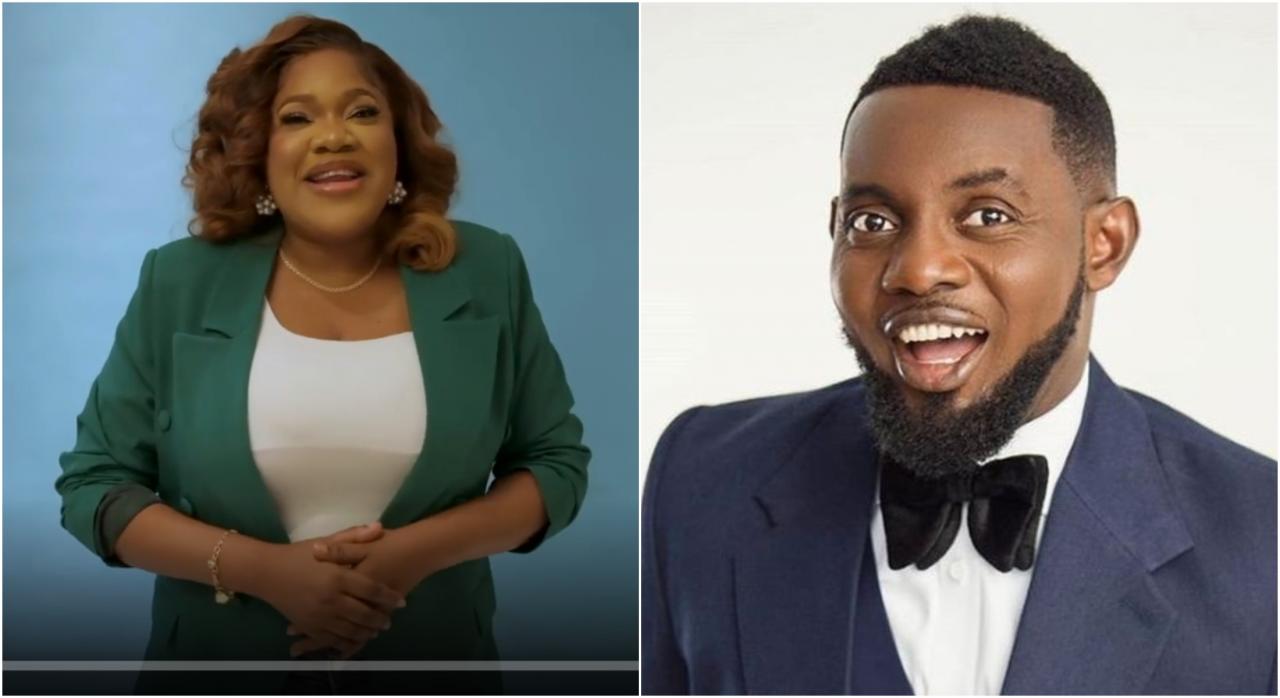 A Twitter user with the handle Big Derah has opined that Nollywood actress Toyin Abraham and comedian AY should stop acting in movies.

In a post shared on the microblogging platform Twitter, the man indirectly made a mockery of the acting skills of Toyin Abraham and AY.

Big Derah said that AY acting in his movie ‘Merry Men’ was totally unnecessary and referenced how he has been using the phrase ‘Warri’ in all his films.

According to the Twitter user, AY should focus more on movie productions without acting in them, adding that same goes for Toyin Abraham but commended her performance in ‘Elevator Baby’.

The post reads: Petition for AY to stop acting in movies? Warri Warri Warri, since 2015, Rest Big man. Acting in merry men was totally unnecessary…. someone needs to tell him it’s ok to produce a movie without acting in it. He and Toyin Abraham. She did good in elevator baby tho.

This sparked mixed reactions from many Nigerians, while some corroborated the man’s claim for AY, others said Toyin Abraham was still better than the comedian.

fabulux_queency wrote: Finally someone said it, dude isn’t even funny at all. Screaming Warri up and down likeeeeeee

chigolarry wrote: They are many.. AY, Toyin Abraham, Ruth Kadiri(it’s like a disease at this point) and Uzee Usman. The only reason why I’ll give Uzee a pass is because he’s actually appropriate for the roles he takes. Ruth will literally take the role of a secondary school girl. Like just produce the damn movie, you must not be in it or take a more appropriate role, you must not be the lead!!!!

buqui22 wrote: Omo I think say Na only me Dey reason this guy like this oh, who even advised him to go into acting sef

astarnamedsirius26 wrote: I think people that find Toyin funny have mental issues. She can’t act to save herself. I guess it’s called Grace, 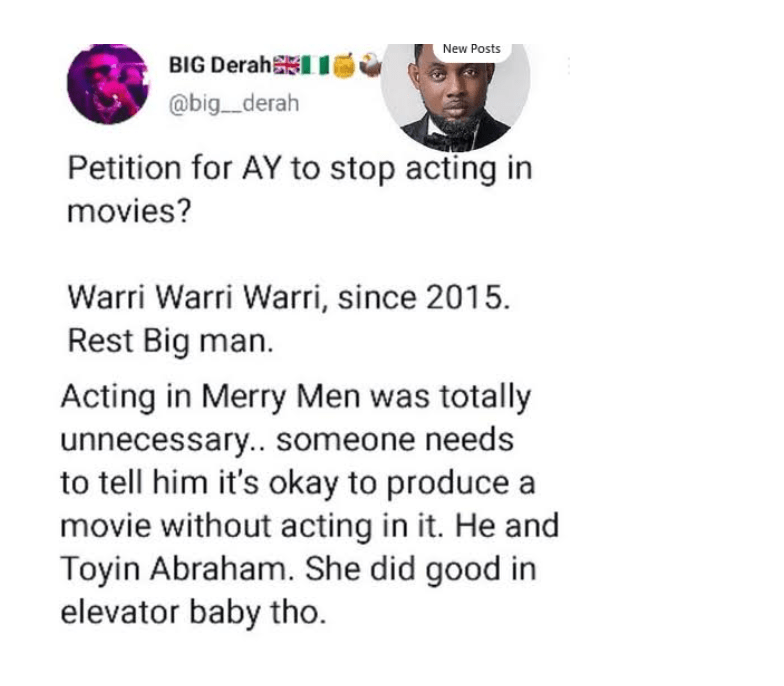