Nollywood actress, Adebimpe Oyebade has taken to her Instagram page to write a tribute to her look-alike blood sister, on her birthday today.

According to Bimpe, her sister is her friend, partner, supporter and defender. Describing her sister, the actress said that she is a beautiful, resourceful, kind, calm and sweet person.

“It’s my sister’s birthday Y’all… ABIMBOLA Omo Obaaaaa @miz_bimbs … Small but mighty, My blood, My friend, My gist partner, My defender, My supporter, You’re so beautiful, resourceful, kind, calm and sweet. My portable one, May lines fall into pleasant places for you this new year. May this new year of yours be the beginning of great things, beautiful achievements and May this year be your best year yet. You are just getting started sis, can’t wait to celebrate more greatness with you. Love you my big sister @miz_bimbs” 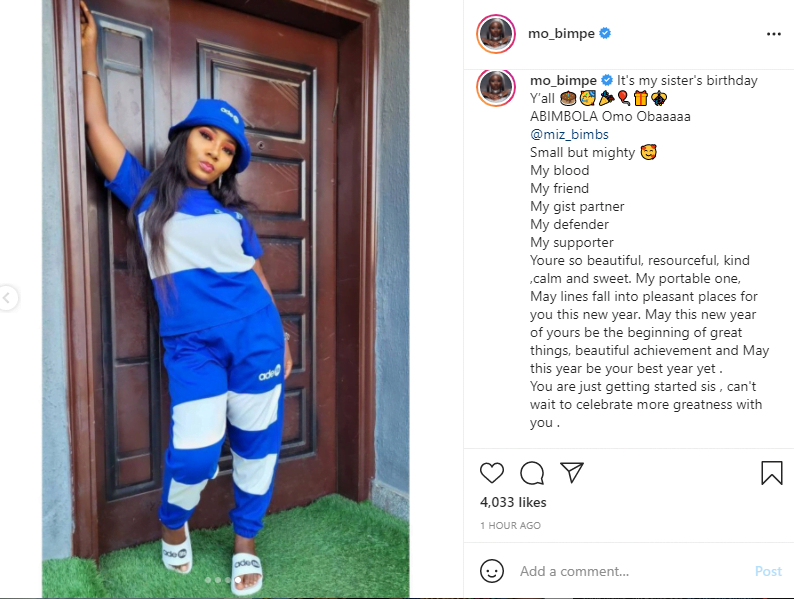 Storming Adebimpe’s comment section to react to the striking resemblance between her and the celebrant,

READ ALSO:  Actor, Olaiya Igwe slapped a street thug who disrupted their movie shoot for not ”settling him” (VIDEO)