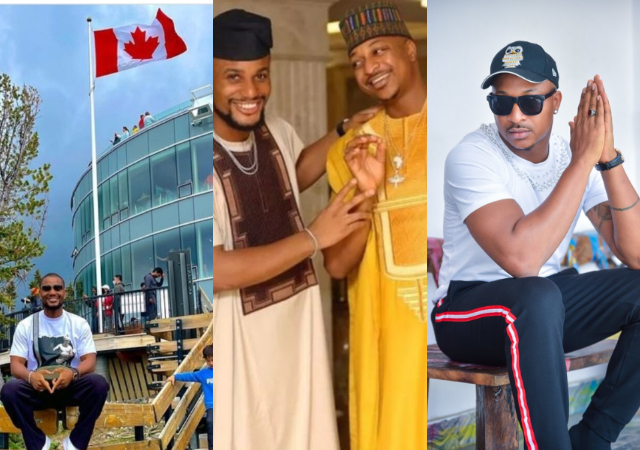 Actor Alexx Ekubo has teased his best friend and colleague, IK Ogbonna about this bald head, and how he wasn’t able to get a Canadian Visa because of his different looks. 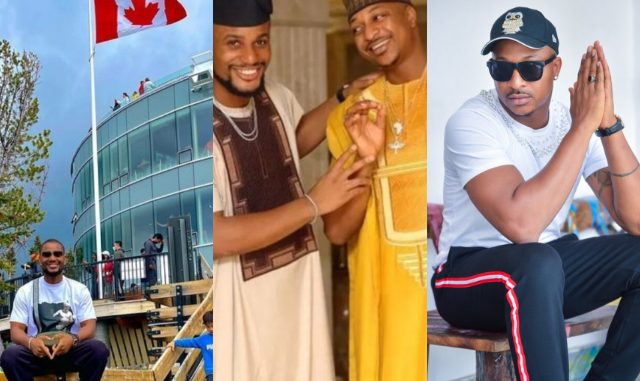 Alex, who is currently in Canada, shared a photo with caption:

“THIS COULD HAVE BEEN @IKOGBONNA & I, ON THIS TRIP BUT BABA NO GET CANADIAN VISA. 🙄

ACTUALLY WHEN HE APPLIED HE WAS BALD WHEN HE DID THE INTERVIEW, WHEN THEY NOW DID BACKGROUND CHECK ON INSTAGRAM, THEY NOW SAW SOMEONE WITH FULL JERRY CURL HAIR, SO THEY GOT CONFUSED.

MORAL OF THE STORY : BE YOURSELF ONLINE & OFFLINE.

THANK YOU FOR COMING TO MY TEDX 🚶🏽‍♂️”

“OGA IT’S 8AM OVER HERE IN NIGERIA, SO THIS IS WHAT I HAVE TO WAKE UP TO AFTER U PIPO WILL BE BLAMING MY PRESIDENT WHEN YOUR PROBLEM IS HERE RIGHT B4 US. ANYBODY THAT COLLECT SLAP OR SHOUT TODAY SHOULD UNDERSTAND THAT MY DAY STARTED WITH WAKA SEGE….,”

Nollywood actress, Empress Njamah, has mocked her colleague and friend Ada Ameh as she accuses her of being a bully.

Because of their genuine and honest relationship, Ada Amah and Empress Njamah who have proven to have an indestructible connection have become the envy of many.

Empress Njamah used social media to publish an audio chat she had with Ada Ameh, in which the latter sarcastically blasted her and then started acting sweet.

“@adaameh i have been keeping quiet since for social media not to see the other side of you, but I can’t anymore, you are not a nice person, you are a bully ,thank God for this call today, I have EVIDENCE, am
So traumatized right now cause am a soft person ,you will hear from my la…CONTINUE READING…