Chairman of Ovation Media Group Dele Momodu has prayed that every man should be blessed with a woman like Evelyn Joshua, widow of the late Prophet T.B. Joshua.

Sharing a photo of him during his visit to her on Instagram, the Ovation magazine publisher wrote “May God bless us all with such good woman such as MAMA EVELYN JOSHUA to keep and sustain our LEGACY”

Mr Momodu’s comments came amid reports that there is crisis in the Synagogue Church of All Nations over who would be Joshua’s successor. While a faction reportedly favours Joshua’s widow, another faction wants the successor to be picked from Joshua’s “wise men”. But the church denied it. 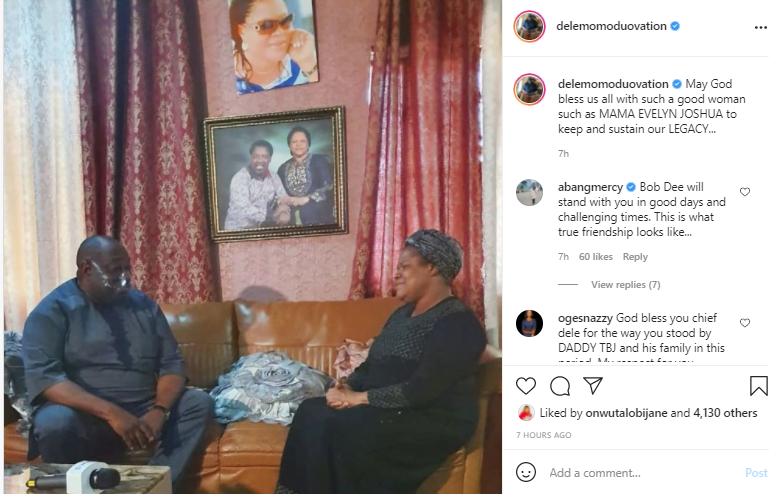 During the visit to the SCOAN, Momodu said he had known Joshua for over two decades and that some time ago he featured the preacher on the cover of Ovation Magazine.

Momodu also recalled how Joshua gave him money severally especially during his (Momodu’s) presidential bid in 2011 despite telling him he would not win the election.

All men deserve a woman like TB Joshua’s wife..