Nigerian singer, Mr Eazi has become a subject of attack since engaging his girlfriend, Temi Otedola.

Following their engagement on Sunday, April 10, a blogger who is identified as Albert Nat Hyde has given his own stance on their relationship.

The blogger avowed that Mr Eazi feels like an opportunist who is prolly attracted to Temi Otedola because of her father’s status.

Mr Albert concluded that the singer isn’t into the billionaire daughter as his facial expressions says otherwise.

He questioned why the singer settled for Temi when there are many options.

He tweeted, “When you look at it, it feels Mr Eazi is an “opportunist” who is prolly attracted to Temi Otedola because of her father’s status. Low-key, it appears he is not into the girl as much as she is into him….. Mr Eazi is a musician with sooo many options, why did he settle on Temi?”.

The daughter of the business mogul posted a video of the proposal in London.

Celebrating with her sister, DJ Cuppy tweeted that she has a wedding to plan.

Nigerians have, however, taken to their social media pages to congratulate the couple. 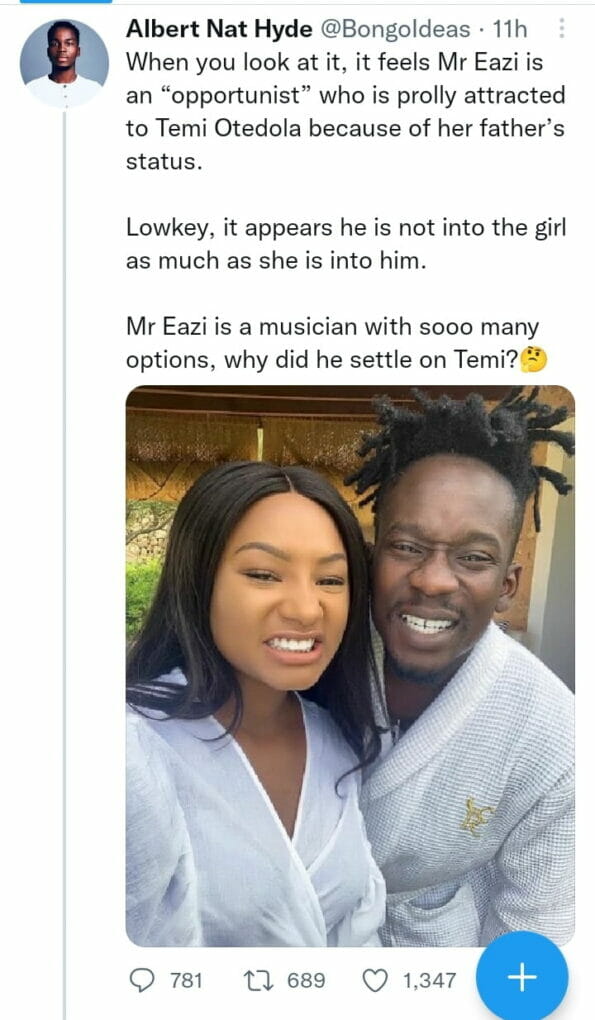