Naijabulletin recalled that the social media on Sunday went buzzing with several reactions after the CCTV footage of Baba Ijesha molesting the minor was published by Punch Media.

After watching the disturbing video, Mercy Johnson stated that anyone who speaks for Baba Ijesha should be arrested considering the clear evidence of child molestation.

Also, in the Instagram post, Mercy Johnson prayed for the protection of children and God to give the Nigerian police the conscience to do what is right.

Mercy Johnson wrote: After watching the very disturbing video of Baba Ijesha, Anyone who speaks for him needs to be arrested… As a human being and a mom, it inexplicable how one should feel… May God protect our kids and give the Nigerian police the conscience to so what is right.

Meanwhile, Nigerian comedienne Princess Adekoya has debunked claims that she authorized the release of the CCTV footage of Baba Ijesha molesting her 14-year-old daughter. Read Here: 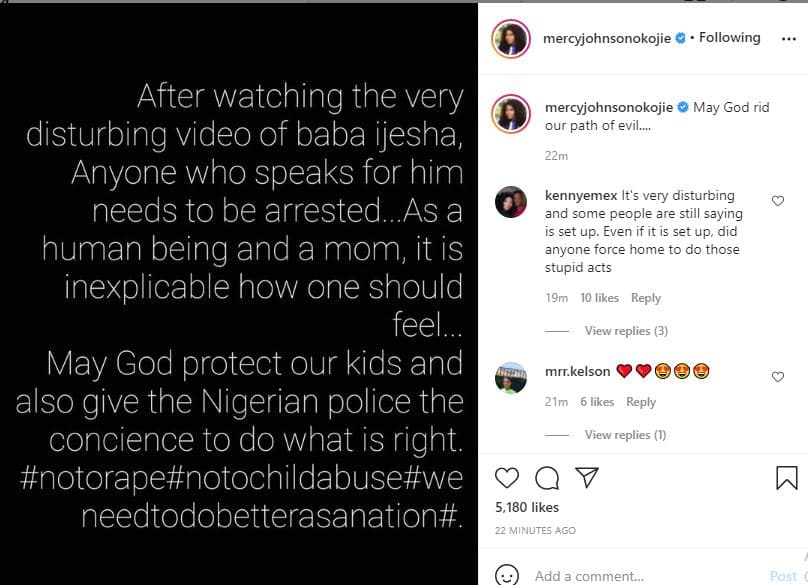