Sensational singer, Davido has reacted to the ongoing controversy about the rape allegations against Nollywood actor, Baba Ijesha.

naijabulletin recalls that actor, Yomi Fabiyi released a statement where he supported Baba Ijesha and blasted everyone calling him a rapist without any evidence to back it up.

This has however, caused lots of commotion among Nigerian celebrities like social media. 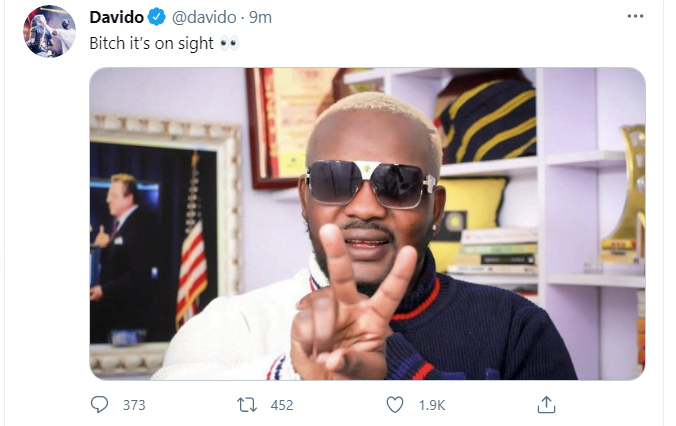 naijabulletin  earlier reported that Iyabo Ojo released a video where she blasted Yomi for asking people not to condemn Baba Ijesha because the claims were mere allegations and not proven guilty.

READ ALSO:  See how this NYSC members was assaulted at airport after their flight was overbooked by Medview, WATCH VIDEO.

According to Yomi, he does not want to engage in social media drama because there is no dignity in fighting whoever is on the floor like Iyabo Ojo.