In a newest update, the singer claimed that Banky W wanted to control Wizkid with his bossy attitude.

He alleged that Banky W humiliated him and told Wizkid to rip him off his Pakurumo song right in his presence.

However, Wizkid’s humble nature didn’t allow him do so and this degenerated argument between the two.

Samklef further claimed that this was one of the reasons Wizkid left the label.

He said in the video which is currently making rounds, “When Banky W lost it was when he started feeling Bossy, wanting to control Wizkid. Banky W humiliated me and told Wizkid to remover my name from Pakurumo right in front of me, but Big Wiz refused”.

News recalls Samklef had threatened to claim all his royalties from singers, Banky W and Wizkid.

The singer who was once signed to Banky W’s record label, EME was the music producer for Wizkid’s album, Super Star.

Following the Banky Wellington’s interview where he claimed that Wizkid owed his label 3 albums, Samklef is demanding for his royalties.

He stated that he wants all his 11 years royalties for being behind Wizkid’s hit album.

He promised that his lawyers would reach out to the music boss and would claim 50% of the shares.

Samklef urged his fans to tag Banky W so he wouldn’t use his money to campaign for election.

He tweeted, “Claiming my 11 years royalties for Wizkid’s super star album in a bit. My Lawyers will reach out. It’s 50/50. Anybody wey don collect my money better reach out o! Samklef fine were o! Make dem tag Banky W o! My money go don plenty o! Before him go use am campaign for election”. 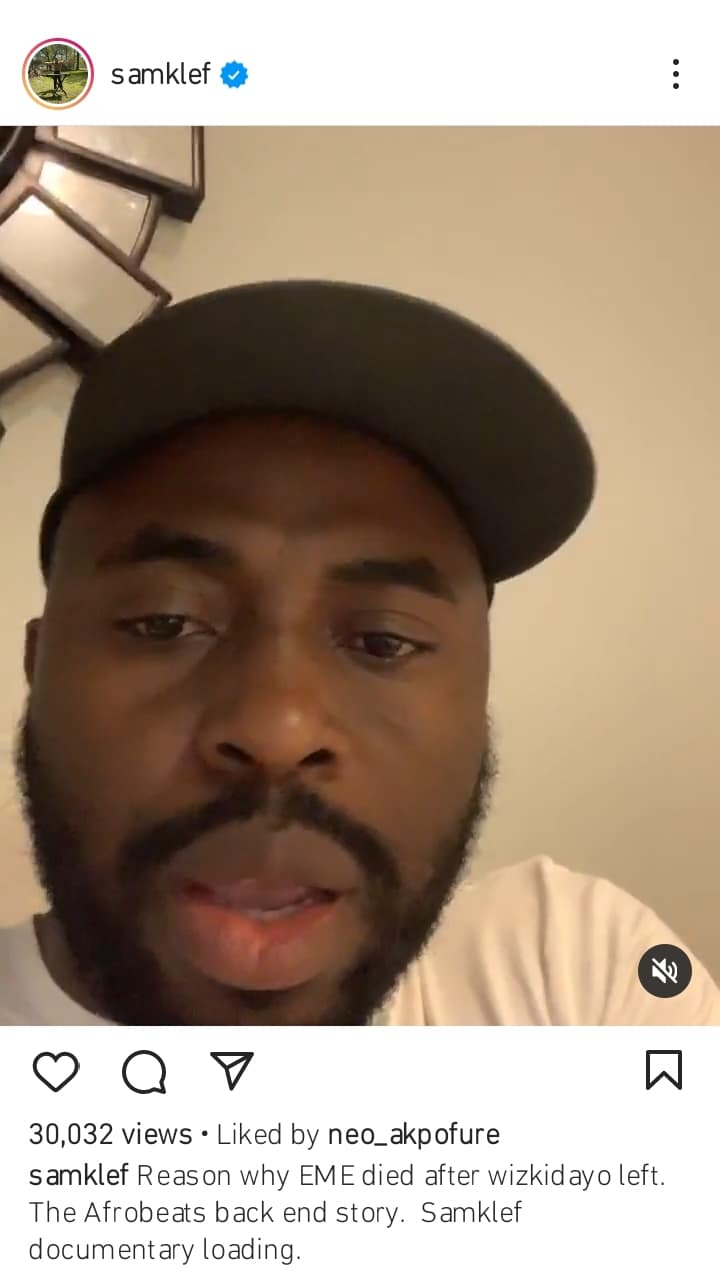