Naijabulletin News recalls that the sad news of Obama’s death on Tuesday evening, 29th of June came as a rude shock to many.

According to reports from close friends, Obama drove himself to the hospital to run a test and checkup over difficulties in breathing. The artist manager was said to have reportedly died in the hospital.

Taking to her social media space to mourn the artist manager, Khloe disclosed that Obama was with her in the theatre room when she did her implant surgery and he promised to walk her down the aisle on her wedding day.

“According to my snap history, this time 2 years ago we had a weekend getaway with our loved ones… It was my best ever, 3 days no stress and you held my hands while I get my implant, You said it won’t hurt” you were right but your death hurts… Is Obama really dead??? just listen to a voice note of him saying he’s gonna sly my dad and walk me down the aisle… 44 … I can’t heal from this and it’s ok… I’m too emotional to lose anyone close to me .. Pls God” 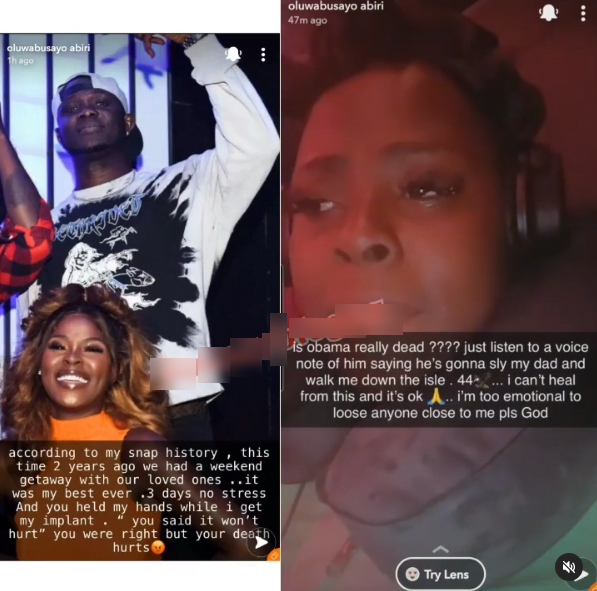