Former Big Brother Naija ‘Shine Ya Eye’ Housemate Angel Smith has fulfilled one of her goals as she splashed millions on a brand new Range Rover.

This comes a few weeks after the Big Brother Naija reality show ended, and Angel rented a house for herself, stating that she needed her space.

Taking to her Instagram page to share photos of the new car, Angel revealed that she is grateful for the year 2021 as it has given her so much, noting she’s the real hot girl.

She wrote: I paid rent and then I bought a car, grateful for 2021. It’s given me so much. Real hot girl sh*t

Angel, who seemed to have got several social media trolls on social media, took to the microblogging platform to rubbish claims that most social media users are not bullies.

The reality TV star opined that netizens claimed to be fantastic people, but they are still weird, mean and showing or forms of dirty behaviour.

Angel added that some netizens push people to their limit, and when they decide to take their lives, the same bullies rants about suicide not being an option. 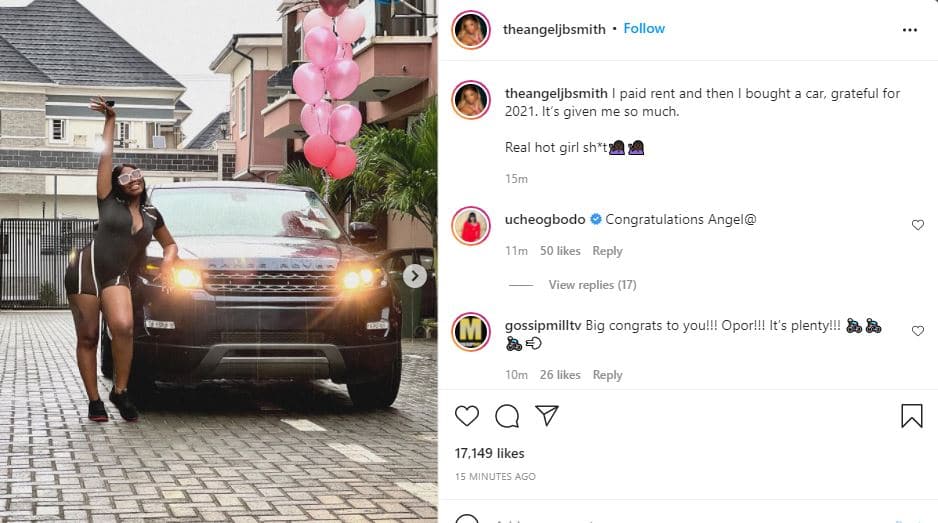 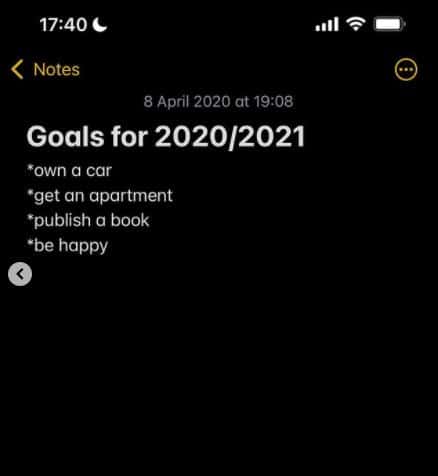 “Keep your money. Don’t give me” – Maria tells fans that came with gifts in Ghana