Bobrisky hints at why he changed his gender, says men come to the world to suffer | Naijabulletin
BREAKING
Published on: October 24, 2021

Crossdresser, Bobrisky has hinted at why he changed his gender from being a man to a woman.

According to Bobrisky, men come to the world to suffer by working hard and spending their money on females.

Speaking further, the 28-year-old said that women get away with a lot of things because of their gender and it’s enough reason for other men in the society to become a crossdresser.

“We women get away with a lot of things… Na men come dis world come suffer… Yaay women rule the world. Men you are born to hustle.. then spend all the money on us. Men in the house, you can join us o” 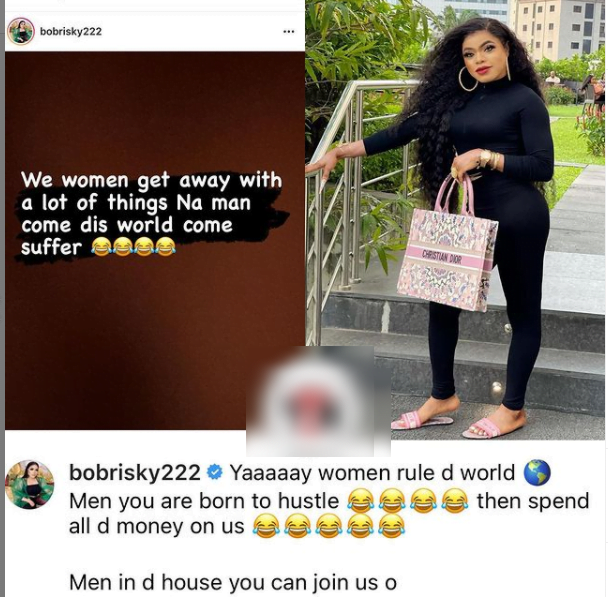 @prettie_esta wrote “I see the reason why you left your gender”

READ ALSO:  How I convinced my dad to accept me – Bobrisky spills

@steptem_interiors wrote “that’s why you left your gender”

@ehinaomi wrote “It’s the “we women” for me….There’s more to being a woman than “cross-dressing”

Bobrisky hints at why he changed his gender, says men come to the world to suffer…