Sensational comedian, Bovi has been under fire on social media after he made known his intentions about not wanting to have a girl child.

NB earlier reported photos of Bovi twinning with his daughter, Elena in the same outfit. Captioning the photos, 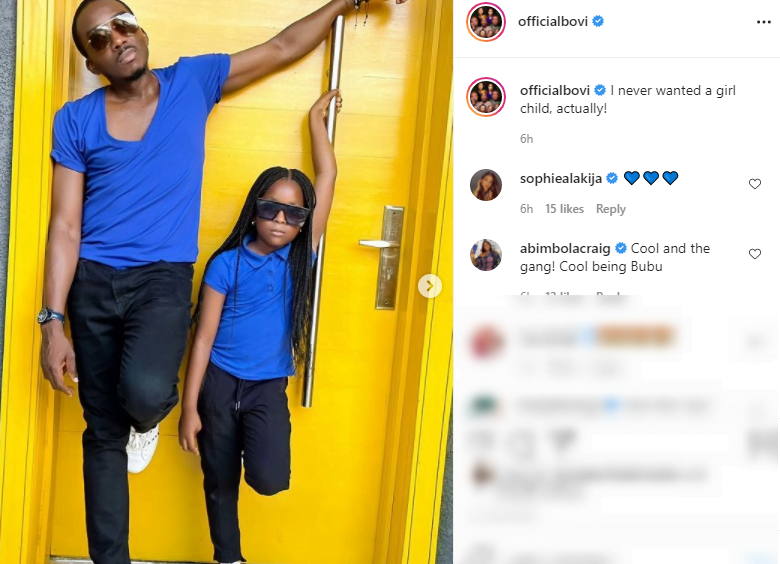 This caption has got many furious on social media and it has earned Bovi lots of dragging and bashing.

See some of the comments generated below;

@garnets_essentials wrote “You can definitely keep this to yourself!”

READ ALSO:  ‘Feels good to be on the 5th floor’, Comedian AY blesses the internet with photos to mark 50th birthday

@tams__k wrote “Keep it to yourself.. we don’t care . it might affect her psychologically.”

@sowpheey wrote “How about now Bov?our gender is really underrated but we prove otherwise anyways”

Bovi under fire for saying he never wanted a girl child..

‘Daddy, please take it back’, Comedian Bovi’s daughter cries uncontrollably, pleads with her dad to reconsider his unruly judgement