Learn to listen to your wife they see beyond’, Celebrity designer Yomi Casual advises men » Naijabulletin
BREAKING
Published on: September 17, 2021

Learn to listen to your wife they see beyond’, Celebrity designer Yomi Casual advises men..

Nigerian Celebrity Fashion Designer, Yomi Casual has taken to social media to inform men to always listen to their wives as they can see beyond the ordinary.

Yomi Casual, who is a father of two beautiful kids is happily married to his heartthrob, Grace Onuoha.

In a post shared, he described women as being spiritual which is a God-given gift that has been bestowed on them.

However, he advised the strong-headed husbands to always listen to their wives when they tell them to avoid doing something or meeting someone out of the blue.

Jokes apart, sometimes when your wife tells you to avoid something or someone just listen to her God bless some of them with that gift. 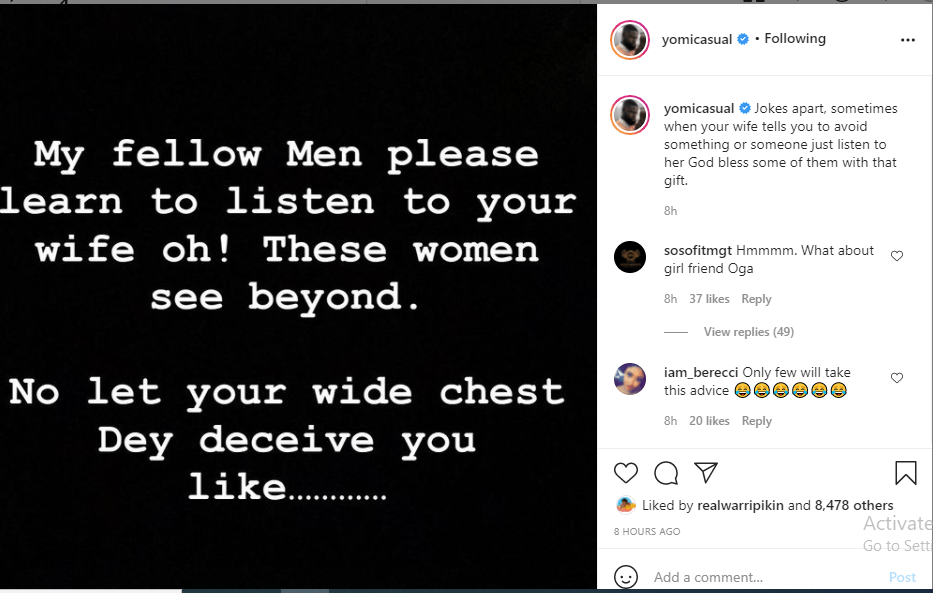 Learn to listen to your wife they see beyond’, Celebrity designer Yomi Casual advises men…