The Lagos State Government on Thursday confirmed four new coronavirus cases, bringing to 12, the total number of cases in the country.

The state Commissioner for Health, Akin Abayomi, who disclosed this at a press conference in Ikeja, also said the Italian, who was the first person in the country to be diagnosed with the disease, had tested negative. 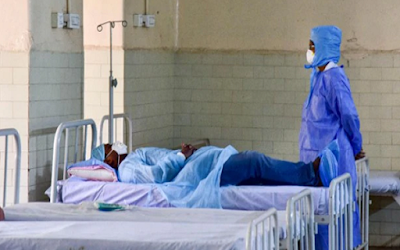 Abayomi stated this just as more states took steps to prevent the spread of the disease. The Federal Capital Territory and states such as Ogun, Benue, Anambra, Enugu and Niger on Thursday ordered the closure of their schools.

The Italian was diagnosed with COVID-19 on February 27 in Lagos, where he was being treated, after developing symptoms of the disease at Lafarge Africa Plc, Ewekoro, Ogun State.

A few weeks later, a Nigerian, who had contact with him, tested positive for the disease, making him the second coronavirus case in the country.

The third case is a 30-year-old woman, who returned to the country from the United Kingdom on Friday last week.

The cases rose to eight on Wednesday when the Minister of Health, Dr Osagie Ohanaire, said a woman, her six-week-old baby and three other persons had been diagnosed with the disease. The minister had said four of the five cases were in Lagos State, while one was in Ekiti State.

The Lagos State commissioner for health told journalists that state government was tracing 1,300 persons that might have had contact with the positive cases.

“We are following over 1,300 people right now,” the commissioner said.

Abayomi disclosed that 19 persons, who had contact with Wednesday’s cases, were tested and five of them were positive.

He stated, “Out of those 19 tests, we have four new positives. The first new positive is the contact of the third case that came from the UK. She has tested positive and will be admitted shortly. We have a new case, a female, a Nigerian, returning from France via Istanbul on Turkish Airlines TK 1830 on March 14.

“We have a third case, Nigerian male, in his 50s. He has never travelled anywhere and he presented with symptoms. He was referred to us, we went to retrieve samples and it tested positive. He has since been admitted into our facility. The fourth case is a Nigerian male; he arrived on March 13 from Frankfurt via Lufthansa Flight no LH568.”

The commissioner stated that the state was running more tests on suspected cases and contacts of confirmed cases. “It is clear that we have a combination of imported cases and local transmission,” Abayomi added.

The commissioner added that members of the state executive council were meeting to decide on the next step which might include social distancing.

He advised Lagosians to maintain social distance to slow down the outbreak of the disease.

Abayomi stated, “The virus cannot jump a distance. It has to move either through contact, very close proximity or if you touch the surface that an infected person has also touched.

“Effectively, it means no touching; if you are unwell, stay at home, particularly if you have respiratory symptoms. Communicate with your medical professionals, or contact any of our hotlines, particularly, 08000CORONA.”

The commissioner disclosed that the Italian who brought coronavirus to Nigeria, had tested negative for the disease.

He said the index case, who had been receiving treatment at the Infectious Disease Hospital, Yaba would be discharged if he tested negative one more time.

“I have the good news to tell you that the index case has now cleared the virus. We will check him one more time and if he is negative, he will be discharged,” Abayomi said.

Read The Benefits Of Cumcumbers