‘Daddy has given you husband, hold him tight’ Reactions as DJ Cuppy and her father, Femi Otedola, link up with Lawrence Okolie

This comes a few days after DJ Cuppy urged her sister Temi Otedola to help find her a man following her engagement with Nigerian singer Mr Eazi.

The photos captured Femi Otedola holding Lawrence Okolie while DJ Cuppy was standing beside him, and many alluded that Femi Otedola was introducing his daughter to the boxer.

DJ Cuppy wrote: Linked up the Champ with the Oga

See reactions from some Nigerians:

joeylawrence001 wrote: Them don they give you husband hold am tight oo

ariyoolatayo wrote: You sha want to marry boxer. From AJ to this

lexuss_tekashi wrote: Anthony Joshua don tire you nah this one again. Ok! But at least get small sense make u try win this one heart

News recalls DJ Cuppy won the admiration of many for her love for humanity, especially with her latest sponsoring of a young lady to the school.

The daughter of billionaire Otedola revealed that she met the lady, Tobi while she was working during on of her numerous photoshoot.

Going into details, she said Tobi was behind the scenes catering during her Pepsi photoshoot.

She wrote on her Instagram page, “I feel like God wanted me to meet Tobi so I could change her life…. She was behind the scenes catering during my Pepsi photoshoot. At 18 years old, her resilience after a such a life tragedy inspired me! Best believe Tobi is going to school and the @CuppyFoundation will provide EVERY resource she needs until she graduates!”. 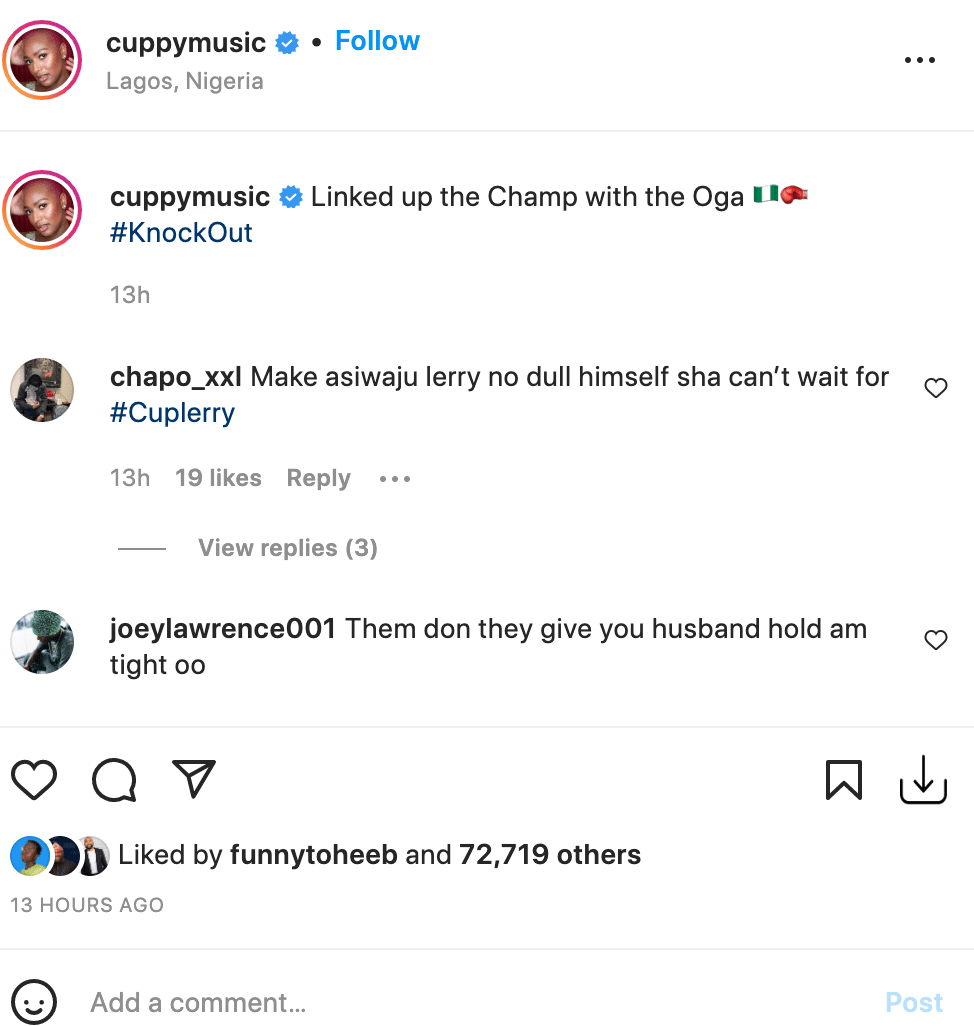 ‘Daddy has given you husband, hold him tight’ Reactions as DJ Cuppy and her father, Femi Otedola, link up with Lawrence Okolie