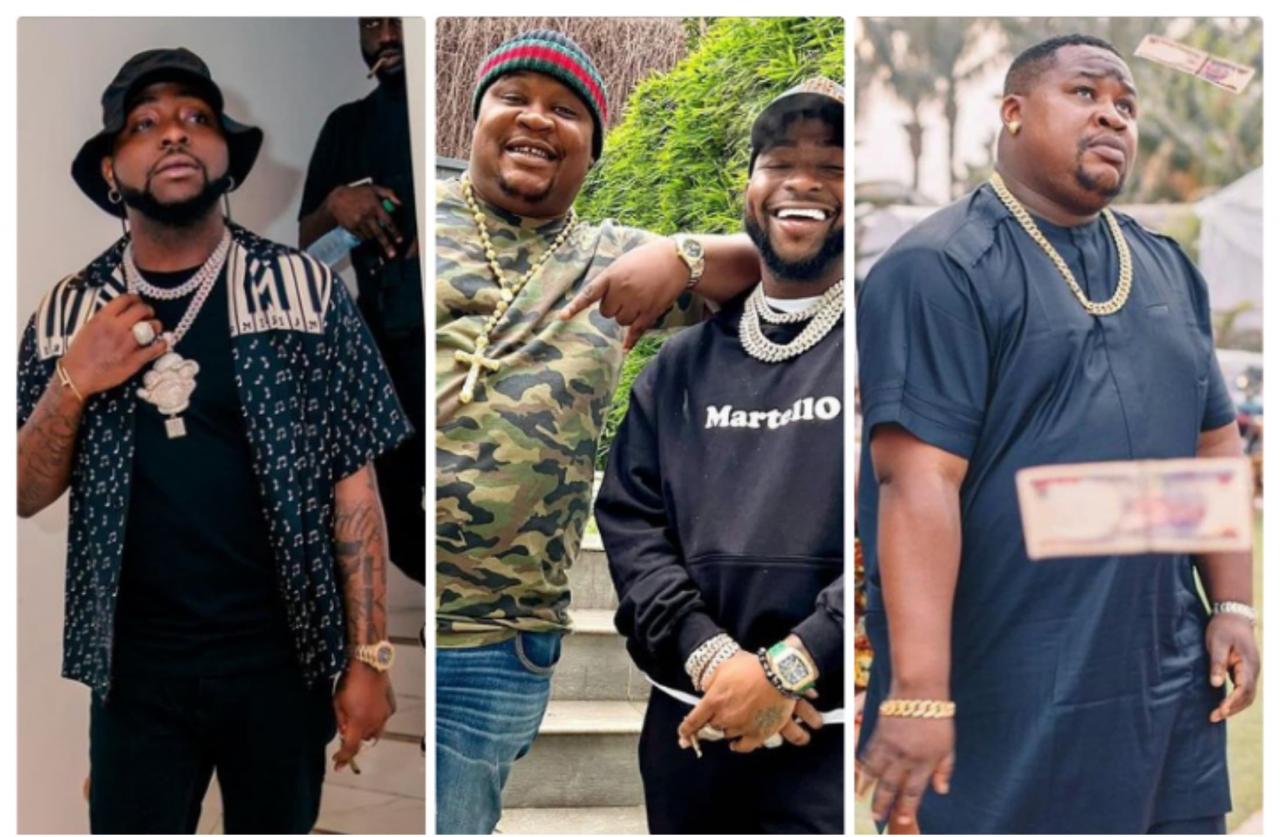 Nigerian singer, Davido is quite over the moon as his friend, Pascal Chibuike Okechukwu better known as Cubana Chief Priest regains freedom from EFCC custody.

News reported on Sunday, April 3rd that the celebrity bar man was arrested by the Economic and Financial Crime Commission on cases related to money laundering and tax fraud.

However, he was released on Monday, April 4th to the cheers of his fans, followers, friends, colleagues and lovers.

Davido was one of the many celebrities who rejoiced with him.

Taking to his Instagram story, Davido described him as his bestfriend.

He wrote, “My bestfriend is fire”.

Davido don’t stop there, he also took to Cubana Chief Priest’s comments section to drop a message for him, “Eze muo”.

News recalls Cubana Chief Priest who was arrested by operatives of Economic and Financial Crimes Commission (EFCC) had been released.

The news of his freedom was made known by his colleague, Sososoberekon who shared photo of himself and Okechukwu on his verified Instagram page and wrote: “Welcome back @cubana_chiefpriest Efcc tested & trusted ???? #maziisback.”

His arrest came months after his associate and long time friend, Obinna Iyiegbu, popularly known as Obi Cubana, was arrested by EFCC operatives over a case of alleged money laundering and tax fraud. 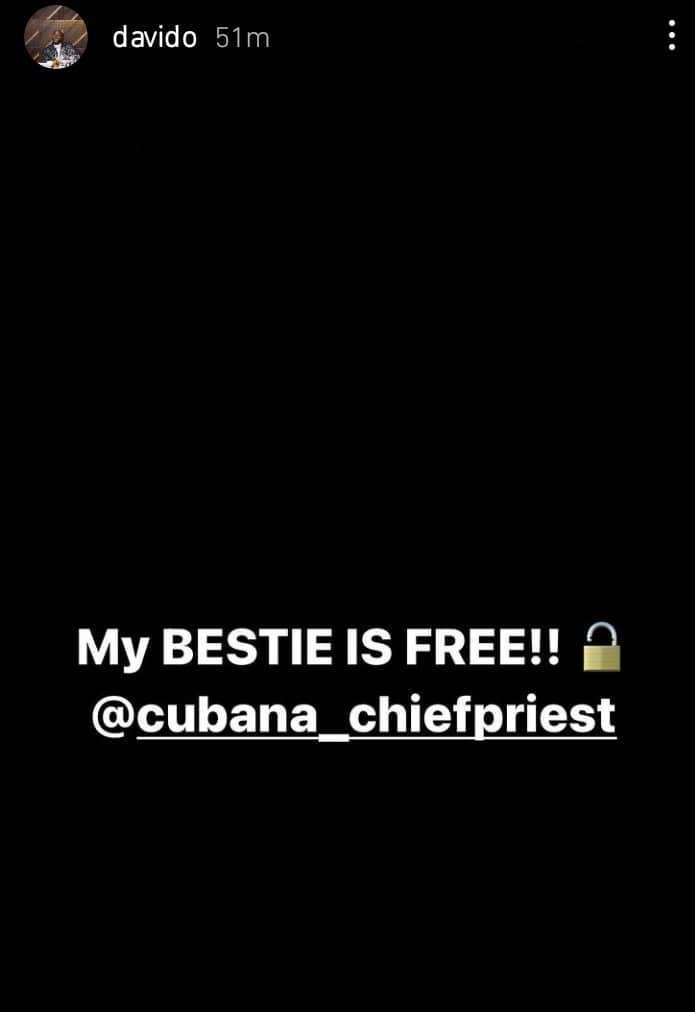 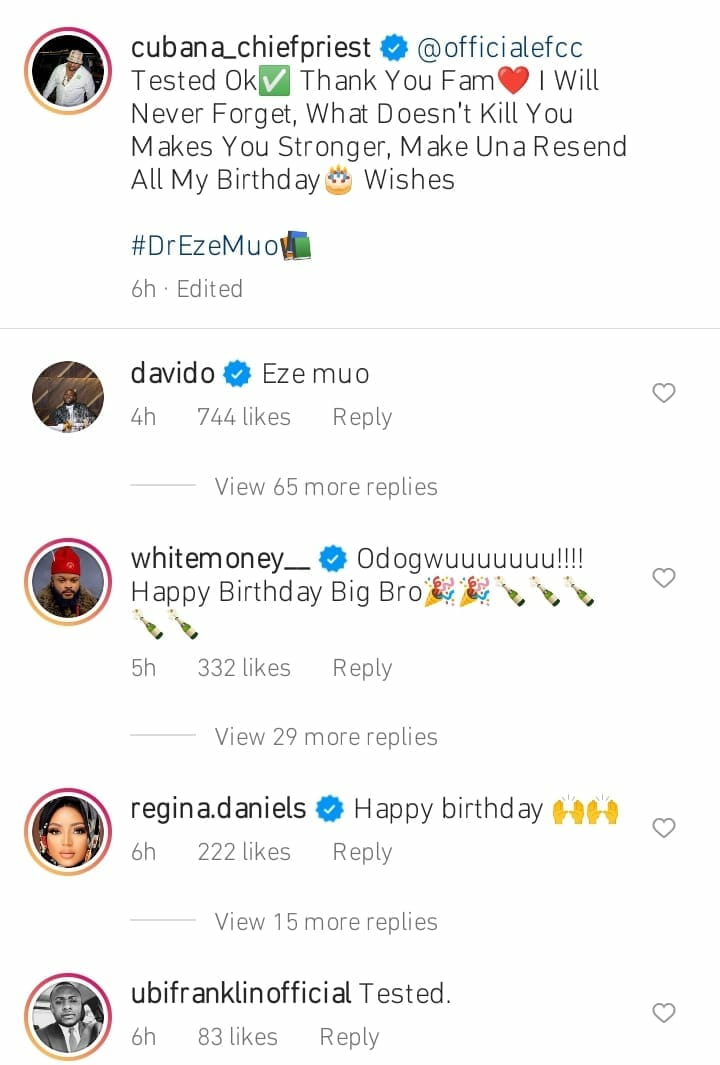