Davido shares rare photos of his mom to celebrate her posthumous birthday
BREAKING
Published on: November 26, 2021

Nigerian singer Davido has taken to social media to share rare photos of his late mother Veronica Adeleke as he celebrates her posthumous birthday.

This comes a few days after Davido celebrated his 29th birthday in Dubai and donated the money generated from his crowdfunding to charity across Nigeria.

Even in her demise, Davido wished her mother a happy birthday while describing her as a sweet mother, accompanied by multiple love emojis.

News recalls a report that emerged online a few days ago alleged that Davido and his 30BG boys allegedly went into a brawl in Dubai at a club with some Dubai based big boys invading his privacy.

In the videos making the rounds on social media, male and female club-goers could be seen running out of the club and shouting in a heated argument at the top of their voice.

An anonymous who seemed to have witnessed the ugly scene alleged that some big boys in Dubai had visited the club Davido was celebrating his birthday and ordered lots of drinks.

And trouble started after the Dubia based big boys were seen invading the privacy of Davido by making a video of what was happening in the club.

However, a bouncer at the club approached the Dubai big boys described as patrons about the video, and an agreement ensued between them and Davido’s crew.

The report added one of the boys collapsed after being stabbed with a bottle on his head before the Police intervened. 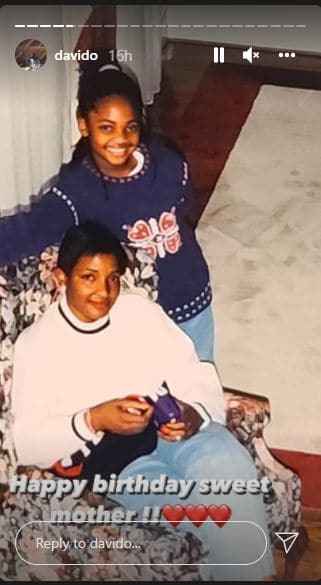