Nollywood actress Jaiye Kuti has taken to her Instagram page to celebrates her daughter’s graduation.

The actress who turned age 50 a few days ago shared photos of the graduation ceremony and expressed her excitement.

Jaiye Kuti also prayed for more success upon her daughter as she proceeds to the next level of her education.

She wrote: Congratulations you made it my darling daughter Temitope. Oya unto the next level. Wishing you more success as you proceed to the next level of Academics. With love and pride today and always my baby girl. You’re doing well…

Reacting to the good news, the best friend of the actress Bimbo Oshim, Afeez Owo, including her fans, stormed the comment section to facilitate with Jaiye Kuti.

officialafeezowo wrote: Congratulations to you my darling daughter 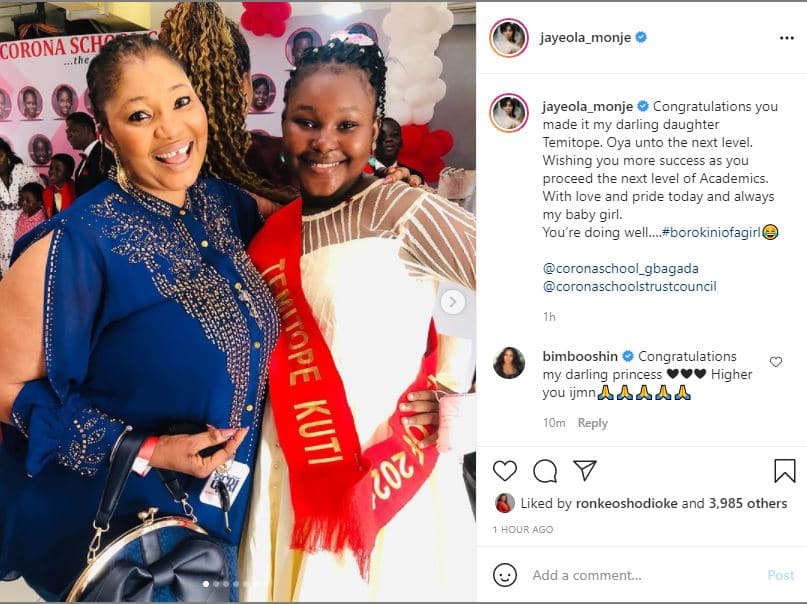 Days after her 50th birthday, Actress Jaiye Kuti jubilates over her daughter’s..

Toyin Abraham, Iyabo Ojo, others shower love on Jaiye Kuti on her birthday