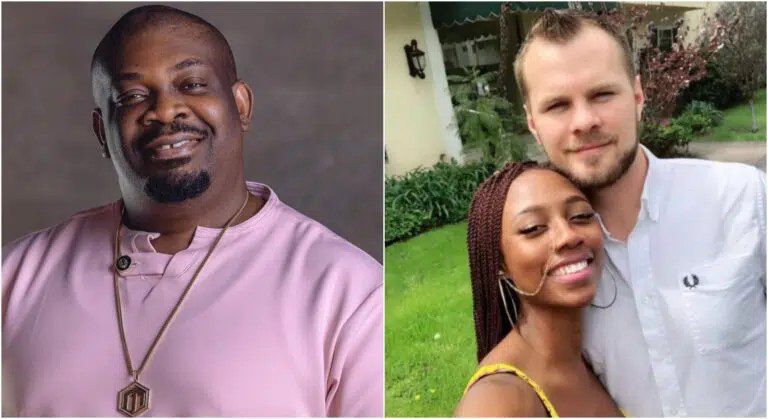 Nigerian music executive, Don Jazzy has reportedly filed a lawsuit to stop the spread of his alleged affair with married dancer, Korra Obidi.

Blogger, Cutie Julls revealed that the Mavins Boss has gone legal to block evidences from been showed on social media.

Cutie Julls who broke the news of the alleged affair also claimed that Korra had reported their page to Facebook founder, Mark Zuckerberg.

Following the report, the management had taken down Cutie Julls account.

News recalls despite being separated, Justin Dean, the husband of Instagram dancer Korra Obidi had spilled some beans about their marriage.

In a chat that surfaced online a few minutes ago, Justine Dean accused his wife, Korra Obidi, of cheating on him with Mavin Record boss, Don Jazzy.

Justin Dean said he recently discovered Korra Obidi’s relationship with Don Jazzy and will soon spill details about it in public.

Meanwhile, Instagram blogger Cutie Julls alleged that Korra Obidi was having a romantic affair with Peruzzi despite being married to her husband.

The sources revealed that the report of the extra-marital affair is confirmed, but Korra Obidi claimed not to have cheated on her husband, Justin, because she used a condom. 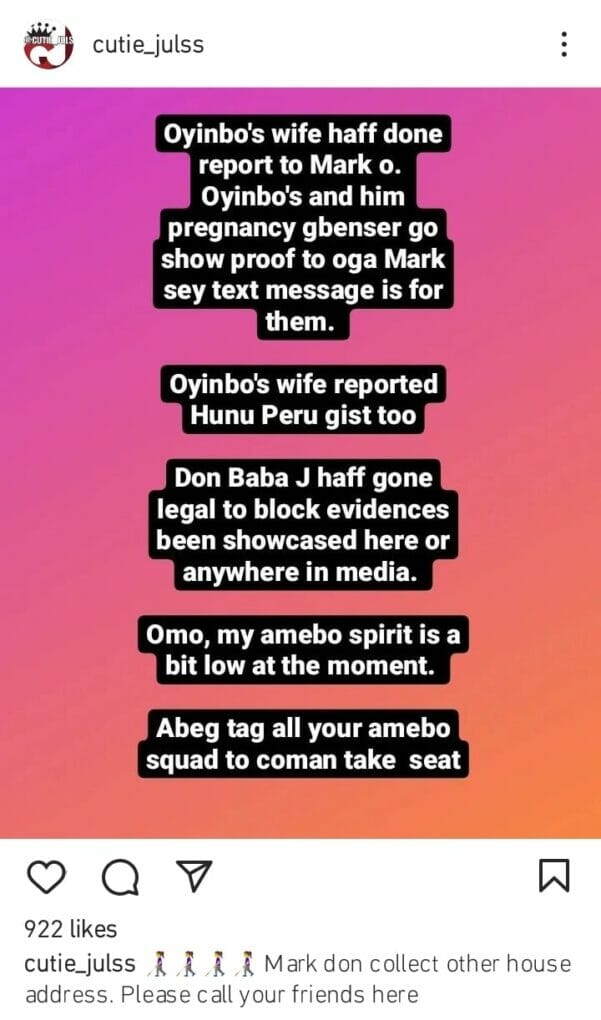