As many celebrities continue to mourn the actress, Iyabo Ojo, in a post shared on her Instagram page, recalls her mother’s death.

The single mother of two said she has not healed from her mother’s death, yet she keeps losing people who are close to her.

Iyabo Ojo said she does not know how to handle or feel any more rude, shocking news happening in recent times.

I haven’t healed from my mum’s death, yet we keep losing more ….. I just don’t know how to handle or feel anymore with all this rude shocking news …. RIP Mama ……..

Naijabulletin News earlier reported that a family source recently revealed the death of veteran Rachel Oniga is not COVID-19 related as widely speculated on social media.

In a statement, the family disclosed that Rachel Oniga died in a Lagos hospital at the age of 64 on Friday, 30th July at 10 pm.

The statement revealed that the actress died of a heart-related issue, which she has been battling for an extended period. 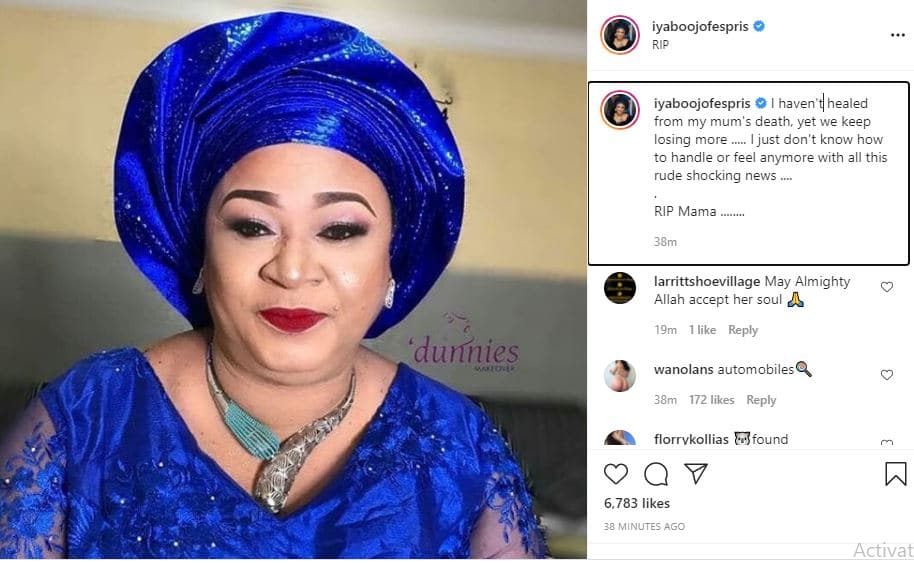 ‘I haven’t healed from my mum’s death, don’t know how to feel any more Actress Iyabo Ojo…

Actress, Patience Ozokwo breaks down in tears as she mourns her friend and colleague, Rachel Oniga (Video)