The Lagos State Neighbourhood Safety Agency (LNSA) has sanctioned its officials who were involved in the unlawful treatment of an Uber Driver during the ENDSARS anniversary protest on Wednesday, October 20.

This is coming after the orderly room trial of the two Officers identified in the various videos on social media from the incident and the supervising Officers from at the venue. 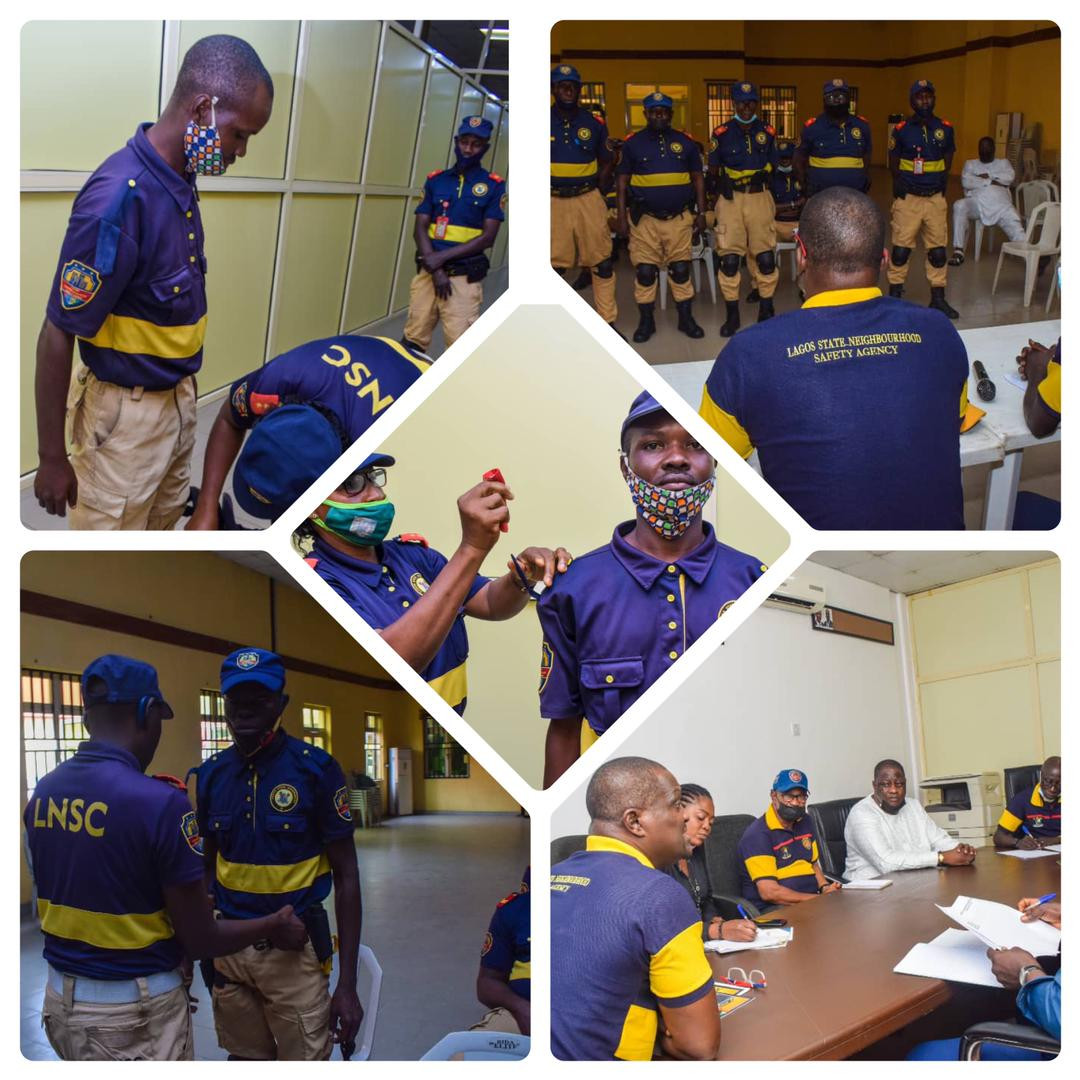 The two officers and the Supervising Officers were charged with disreputable conduct as a result of the assault on a member of the public, the use of pepper spray which is not a standard-issue kit for officers of the Agency, and general unruly behaviours capable of breaching public peace all of which is in contempt of the Agency’s rules as contained in the LNSA Handbook Articles E (ii) & (iii), O (iv) and N (x) which covers conduct with the general public, negligence and general conduct on the job.

Following the panel seating that lasted over four hours the Officers were found guilty of the charges preferred against them.

The two erring Officers directly involved in the assault were publicly de-kitted and suspended from the Agency for the next 2 Months. They are also to be redeployed to another command of the Agency for behavioural evaluation and further reprimand.

Many trapped as a 21-storey building collapses in Ikoyi, Lagos (Video)