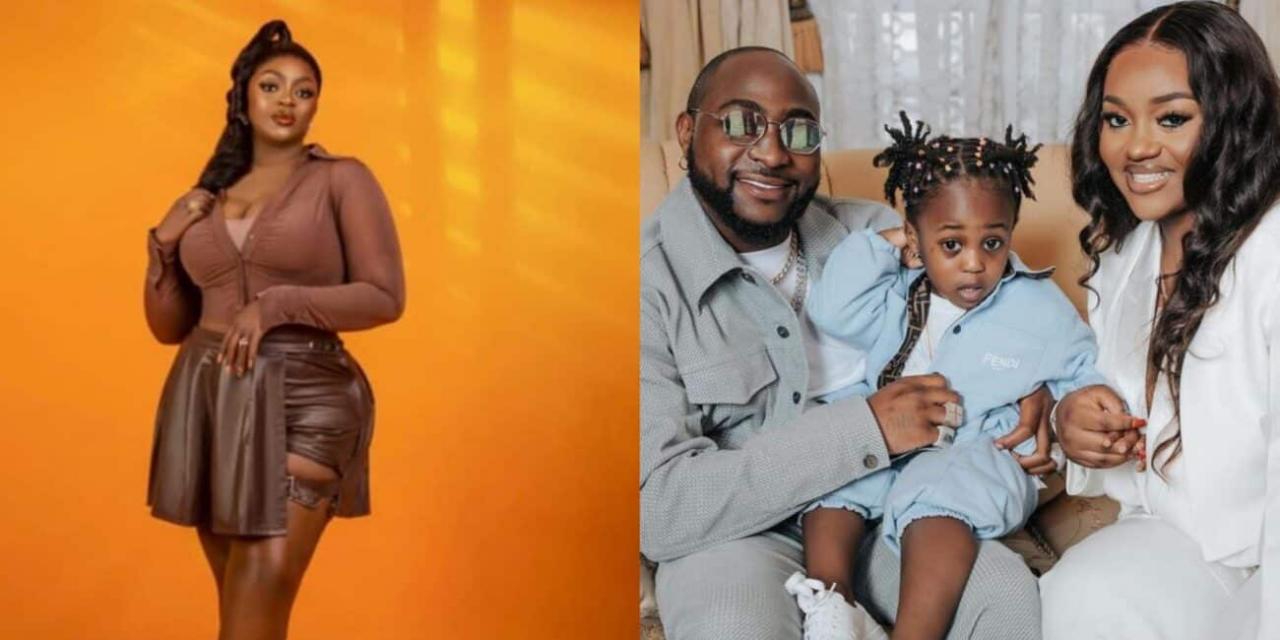 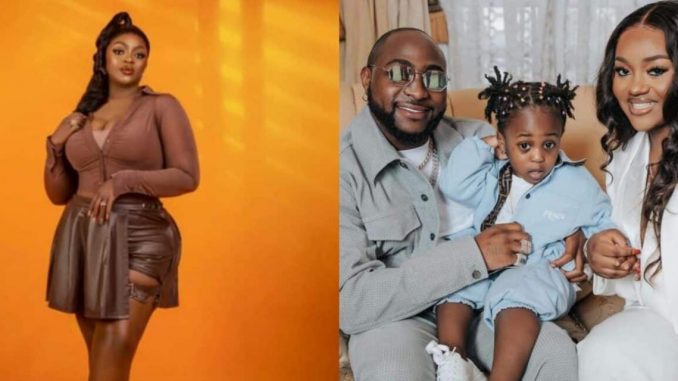 The controversial actress created uproar on social media when she used Davido’s son’s death as content on her YouTube channel.

The actress used his death as a clickbait for her to earn money on YouTube.

Recall that Eniola Badmus, was the first celebrity to confirm the death of Ifeanyi.

In a since deleted posts on her YouTube page, Eniola had created over 4 contents centered on Ifeanyi’s death.

From Seun Kuti’s reaction to his death to Princess blowing hot, Pastor Tobi Adegboyega cancelling his birthday plans and unveiling a real story on his death.

Many who were quick to view the content before she took it down, mercilessly dragged her on social media.

Wait, so Eniola badmus post this davido incident on her YouTube channels to make money🤮 no this girl is sick.cos wtf I thought she’s very close to david ,somethings is wrong with this Eniola ,david need to stay away from her cos wtf pic.twitter.com/NSQ59C6cci

One M. Ryekpo wrote, “Ontop person wey I no fit follow for any reason tuehhh again Lord I commit my dear Chioma and her husband to he into your head, there’s a lot of hates around them but be their shield Amen! I love you chi

One Chizzy Michael wrote, “You see this Eniola forming best friend to Davido. She wants what Chioma has, we know her type. Na God go punish them unfriendly fiends

One deevalicious duches wrote, “Foolish girl, that’s why she has burnt bridges with everyone that treated her like a human being…atenuje, someone that can cry for #endsars and s support the killers of Nigerian youth

One her excellency wrote, “Can’t you see her name…. Badmus showing she’s bad and evil

One Preshhhhh Babyxo wrote, “Why are we surprised someone that is supporting Tinubu and someone Funke cut as a friend

One Ada Sylva wrote, “Una no know say Eniola na anywhere belle face. Any friend that brings your problem ti the internet even before you was never a friend. Na why she no get close friends again

One Dollar Legacy wrote, “She will never be close to that family again…time for Davido to really look out for himself cos people can never show back love….they only do it in your presence…but onces you not there they become NEGLIGENT to things that concerns you

Ifeanyi’s parents, Davido and Chioma had created the account @davidifeanyiadeleke on his third birthday.

Three-year-old Ifeanyi was reported to have drowned in a swimming pool on Monday night.

It was gathered the incident happened in Davido’s home in Banana Island, Lagos

Ifeanyi Adeleke was reported to have been rushed to a hospital in Lekki where he was confirmed dead.

Davido and his fiancée, Chioma, have continued to receive condolence messages with prayers from fans, celebrities and well-meaning individuals in the society. 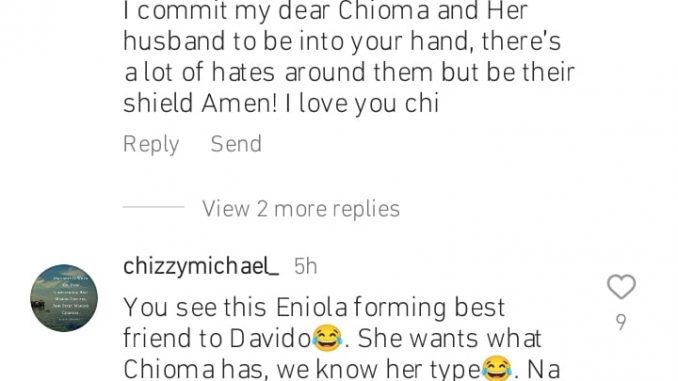 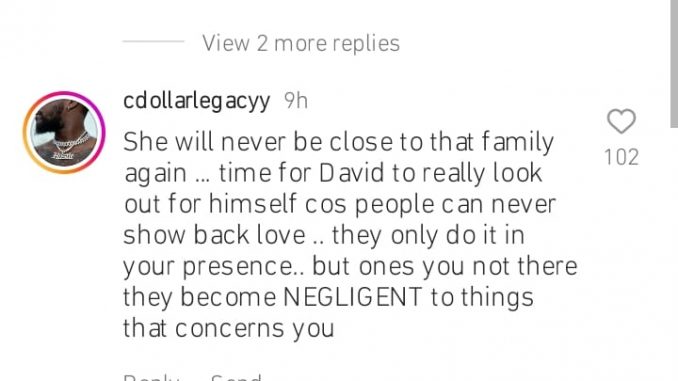 Eniola Badmus gets into trouble for monetizing Ifeanyi death