Etinosa Idemudia mother showers prayers on her over her newly acquired mansion
BREAKING
Published on: September 17, 2021

It is no longer news Nollywood actress Etinosa Idemudia recently joined the league of landladies in the movie industry.

Etinosa, however, has shown the exceptional impacts portrayed by her mother during the house warming in the Lekki axis of Lagos.

According to her, before entering the beautifully made mansion, her mother started with a worship song immediately she stepped foot into the house and also showered prayers on her while she knelt to receive them. 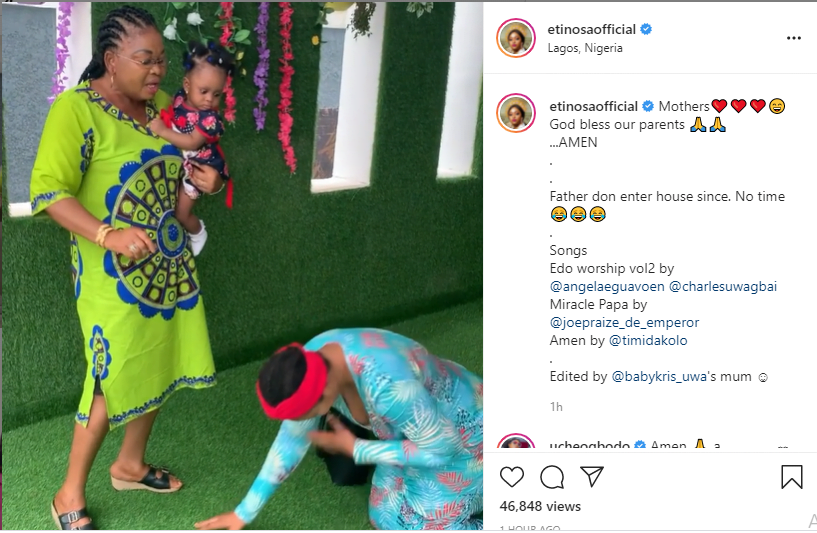 Few weeks after ending her second marriage, Etinosa drags men who cheat on their wives