The Abuja-based Educational Public relations officer and graduate of Mass Communication was crowned among four other winners.

Queen Evelyn will be representing Nigeria at the forth coming Mrs. Africa United Nations in India.

According to the organizers of the pageant, Mrs. Nigeria is “a non-bikini beauty contest for the most beautiful, innovative, and passionate married women in the country that seeks to reward outstanding married women, strengthen the marriage institution, campaign on domestic violence and sexual abuses against women/children, and ultimately empower the women and children against economic vulnerability and susceptibility to violent abuses. “

The Nnewi, Anambra-born beauty queen represented Cross Rivers state at the just-concluded 3rd edition of the Mrs. Nigeria beauty pageant which took place at prestigious Oriental Hotels, Victoria Island, Lagos, from 13th through 16th May, 2021; the event had 20 contestants who made it to the camp finals out of 81 who participated in the voting session and over 3500 married women that applied.

In a Chat with Gift Adene, of naijabulletin News, the pageant judges revealed that Evelyn was crowned based on “her intellectual prowess, keenness, leadership role and her magnificent self-driven community development interventions on human capital development projects especially for women and children within her immediate community particularly the quiet giant strides she is making in the advancement of the cause of the women folks and girl child in the country.”

In appreciation, the new Queen thanked the organizers and also said the feat will remain as one of the most memorable events of her life adding that the crown is a proof of her endless hard work for personal development and further confirmation of her earnest contributions to the development of the womenfolk in the country.

“First, I would like to thank God Almighty for this great achievement. To the organizers, my lovely family and friends for their support, I am super grateful and will continue to make you all proud. I have always been passionate about the project of women and children especially. And in fulfilling these objectives and that of the organization, I will be organizing empowerment programmes and fighting against societal ills especially domestic violence, rape, and child abuse”.

Queen Evelyn Chukwujekwu noted that our society has done some job in boxing women in and has been told that women can’t achieve so much which is not true because there are so much potential imbedded in women. She therefore made a clarion call and passionate plea to all men and women of goodwill, philanthropist, development partners, government agencies, diplomatic community, the media and patriotic Nigerians to join hands together with her in the quest of a New Nigeria especially as it relates to women and children development. She also thanked Smart Blue Money Mobile App for their tremendous support especially her role model, Dr. Ngozi Okonjo-Iweala for being such a remarkable woman that has tremendously inspired, influenced and imparted on her greatly. “I am particularly enthused and stimulated with her life style which has taught me that there are no limits to what a woman can achieve”.

READ ALSO:  Ka3na reacts after Nengi revealed she’s not in the BBNaija WhatsApp

The glamorous event saw to the crowning of Queen Evelyn Chukwujekwu as 2021 Mrs. Nigeria III. She will be representing the whole of Africa at the world stage of Mrs. United Nations in India as the new Mrs. Africa United Nations Queen.

See photos from the event below: 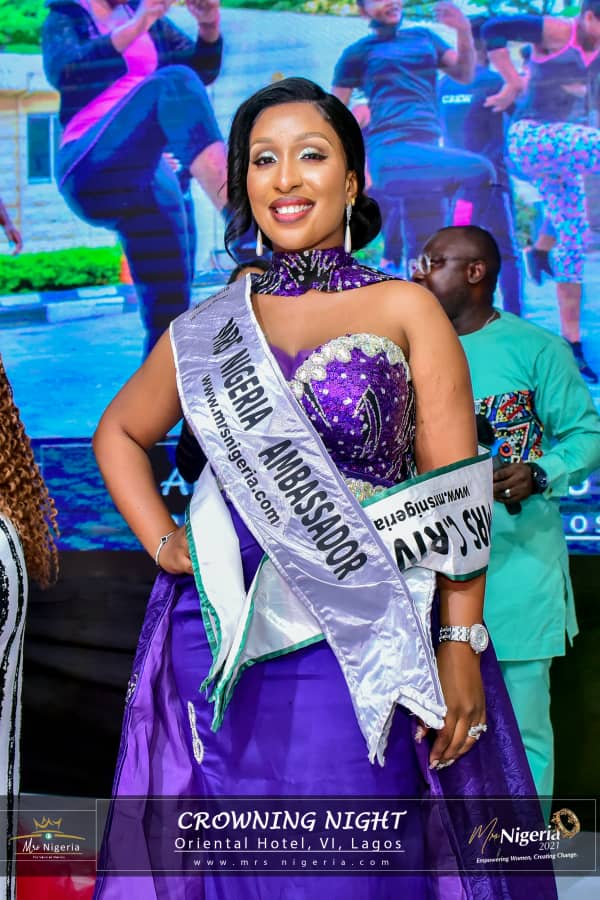 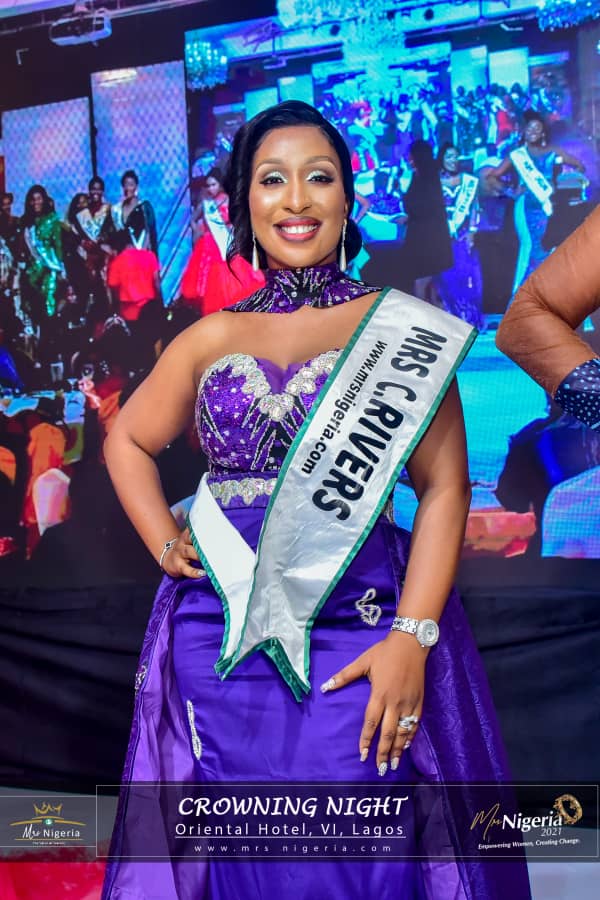 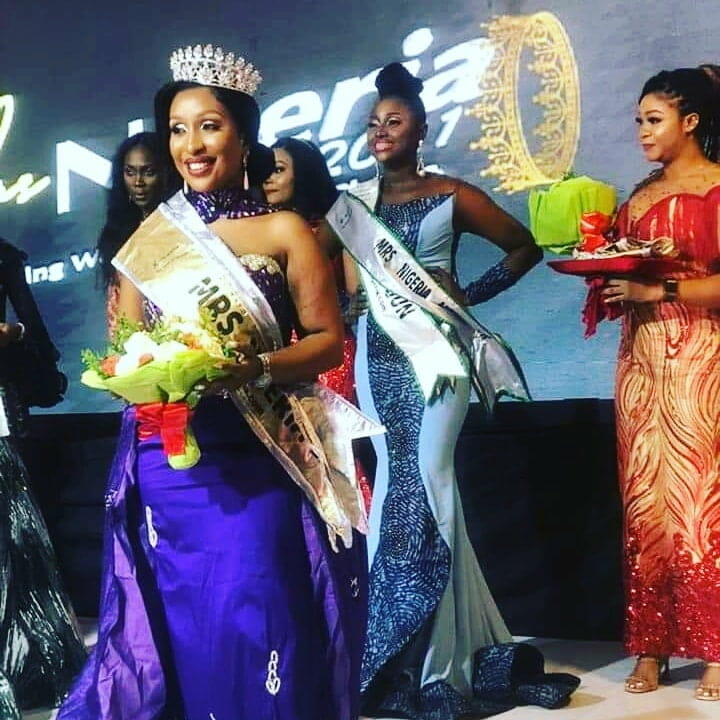 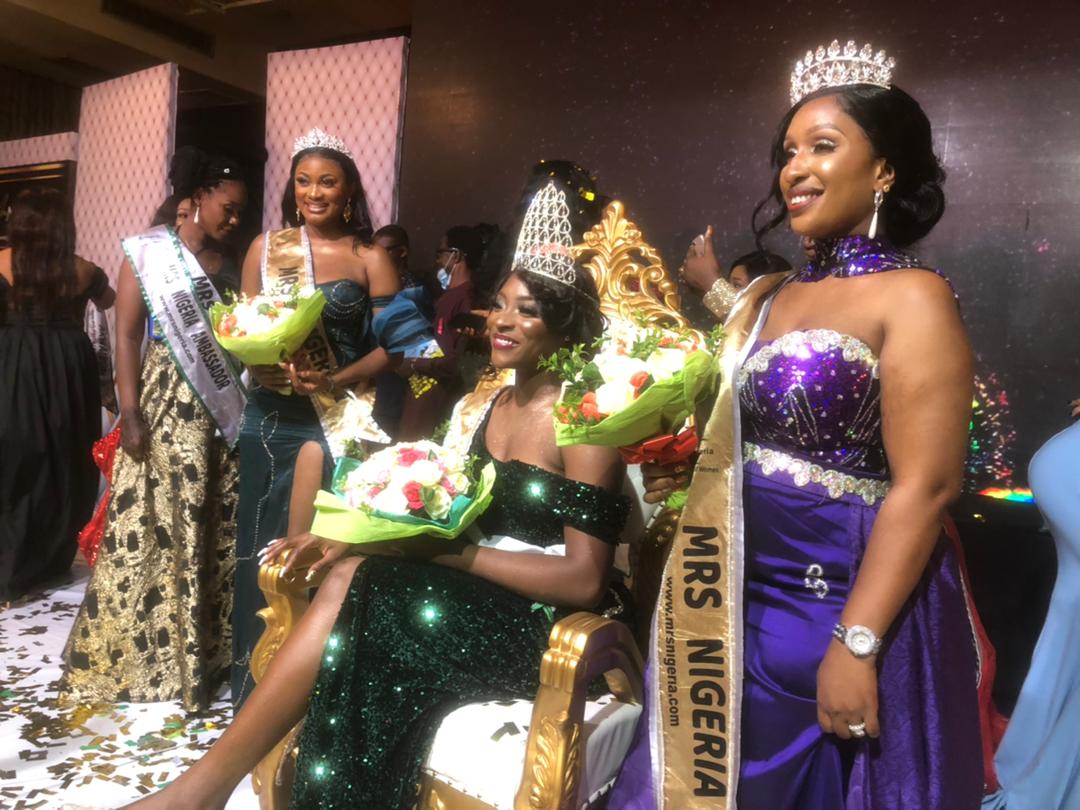 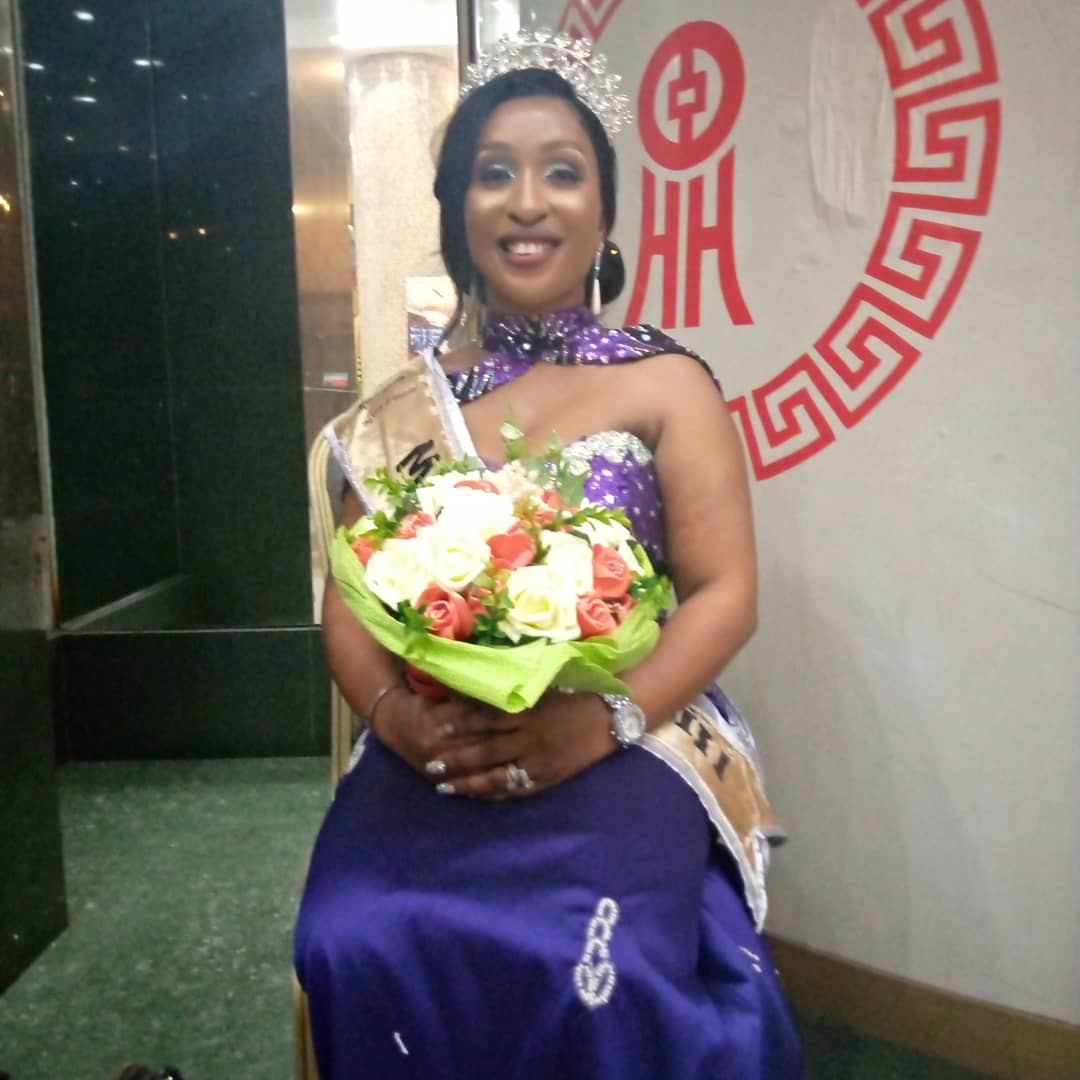