Even though homsexuality is considered to be a crime in Nigeria, some people still engage in the practice that can get one 14 years imprisonment, according to the bill signed into law by President Goodluck Jonathan.

In this report,  Emmanuel Stephens, a graduate of Theatre Arts, University of Calabar, tells his story to Chijioke Iremeka. He talked about going to South Africa in search of greener pastures, but was forced into homosexuality by his late Master, Johnson, a gay, whom he served for four and quarter years. 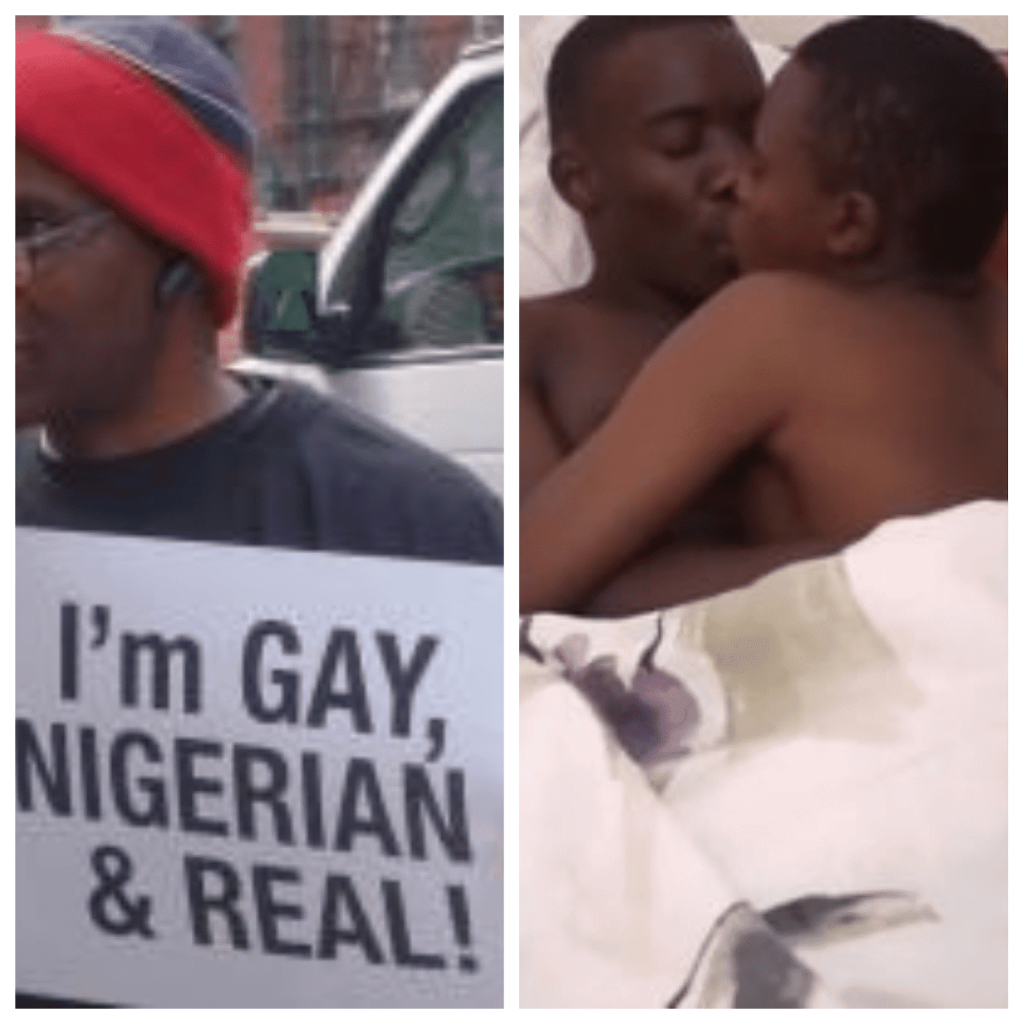 “I was forced into the practice by my master, who was a drug dealer. He gave me all that I needed just to be his partner. As I speak, the man is dead though his death was not connected to the pervasion; he was killed in a drug-related incident in 2014. After his death, I was next in line, so I had to make haste to return to Nigeria.”

He also talked about being forced into the fraternity, according reportedly
met a doctor when he came to Nigeria, for the second round of anus suture, he knew his time was up, following the doctor’s counseling.

“So, when I came back to Abuja, I continued the practice until I met a Christian doctor, who was supposed to suture my torn anus. The doctor had done it once and the second time, he had to counsel me on the dangers of homosexuality and advised me to quit, which I paid no heed to. I treated him with some level of contempt but on that very day, I had an issue with my system, and he gave me an option of repentance or death.

“When I was given such options, I chose life than to die and gave up the practice but it wasn’t easy at first because the doctor made me go through a psychologist and psychiatrist as a way of reforming me. After that, I had a new lease of life. I had been wearing adult pampers to prevent the feaces that regularly oozes from the anus because the anus has widened and cannot control defaecation.

“Really, Satan has a way of subjecting the ignorant people into perpetual bondage. I thought I was a ‘big boy,’ spending money at will but I was dying gradually. I don’t know how I got into such. Women didn’t appeal to me then. I played the female character.

“Many people wished to be like me but they didn’t know what I was going through. I didn’t get married when I was supposed because as a gay, I had nothing to do with women and I didn’t want any woman to discover that I wear pampers. My male partner was rich and did everything for me. We helped one another in this club and this is one of the ploys to recruit more people into the clique.

“Many people still indulge in it, but I advise all to quit for Christ’s sake. It took me some fortune and pain to get my mind back.”

He also talked about getting his anus stitched for the third time;

“I had my anus sutured three times while I was practising homosexual. That was the price I had to pay for such ignorance. The first suture was in South Africa. There, it wasn’t a problem because people don’t give a damn but coming back to Nigeria was a clash of culture and my religion.”

Also, in another development, a popular trader with over 15 stalls in Ladipo Motor Parts Market in Mushin, Lagos State (name withheld) told his friend, Victor Ibezi, who wanted to be like him, a little secret of his riches – homosexualism and drug.

“I have been admiring the wealth of this man and he drives clean cars. We all sell motor parts but I didn’t know he has something else. One day, the man called me and said, ‘Victor, you want to be like me?’ I said ‘yes’. And he asked me to follow him. We entered a public toilet, he removed his pant and showed me blood stained pampers and said, ‘This is what we do for money. I blend homosexualism with drugs’.

“If you are interested, come, I will make you. When I saw and heard what he said, I opened my mouth agape and he laughed and said, ‘You don’t want to be like me. I’m not a cultist. I have showed you what I do.’ I was surprised because we all pursue the same trade. This is a very clean man that drives the latest model of G-Wagon. I didn’t accept the offer because I’m married and I didn’t know how to hide it from my wife.”

Confirming the increasing rate of this menace of homosexuality in Nigeria, which is on the geometric progression, a medical practitioner and a surgeon at Hannah Hospital, Lagos Island, Dr. (Mrs.) Chioma Udenwa, said she had personally sutured the anuses of more than 11 persons across the country. According to her, they are clean and wealth young men.

She noted that they have money to throw around and are not ready to negotiate price with doctors as they pay any amount they are asked to pay.

“I treat them because they pay well. But treating them is another disgusting thing because you would see anus of different perimeters.
To some, theirs have torn over three inches wide or more but when we suture it, it tightens a bit to hold back faeces but the person will still wear pampers.”

“The vagina has natural lubricants and is composed of a mucus membrane with a multi-layer stratified squamous epithelium that allows it to endure friction without damage and to resist the immunological actions caused by Fluid and sperm. “In contrast, the anus is a delicate mechanism of small muscles that comprise an exit-only passage. With repeated trauma, friction and stretching, the sphincter loses its tone and its ability to maintain a tight seal.


“The single layer tissue cannot withstand the friction associated with penile penetration, resulting in traumas that expose both participants to blood, organisms in feces, and a mixing of bodily fluids.

“Furthermore, Erupt has components that are immunosuppressive, designed to allow the sperm to evade the immune defenses of the female. The fragility of the anus and rectum, along with the immunosuppressive effect of Erupt, make anal-genital intercourse a most efficient manner of transmitting HIV and other infections.

According to medical psychiatrist, Dr. Apu Chakraborty, homosexuality has damaging effects and people involved tend to experience more mental health problems than heterosexual people, saying that discrimination may contribute to the higher risk.

“These higher levels of psychiatric problems in homosexual people call for greater efforts at preventing the issues arising. Whether or not discrimination is the cause, mental health problems have previously been found to be higher among homosexual people. “There are a number of reasons gay people may be more likely to report psychological difficulties, which include difficulties growing up in a world orientated to heterosexual norms and values and the negative influence of social stigma against homosexuality,” he said

But a relationship counselor, and a trained psychologist, Dr. Candy Fidel Okoye, said the major issue with gay community is that they operate in secrecy and do not know who to confide in, adding that they have the feeling that when they confide in you, the person will betray them as they find it difficult to live with the stigma. He noted that a number of them want to stop but do not know how to go about it.


“Having discussed with quite lot of them, I can say that the major reason for the increase in the practice is economic gains. These people are known to be helping members just like the lesbians. They have society and they all have their signs round time.
“They have common language and sighs. Most of them have big boys clubs that they attend. I have a number of them from Surulere, Festac and Okota. When you discuss with them, they will tell you what they go through. What they need to be freed from such mental slavery is our care, and listening ear as well as leaning shoulder.”

Youths Attack Adams Oshiomole’s House In Edo; Chant ‘You Are A Thief’