Nollywood actress and producer, Omoni Oboli has shared a thought-provoking advice with ladies.

In a post she shared via Instagram, the mum of three advised women to empower themselves and become a boss because men only respect women who have something going for them.

Omoni shared a beautiful photo of herself striking a “boss pose” and wrote,

“Hey ladies… listen, be a BOSS!!!, every man respects a woman who’s got it going on.” 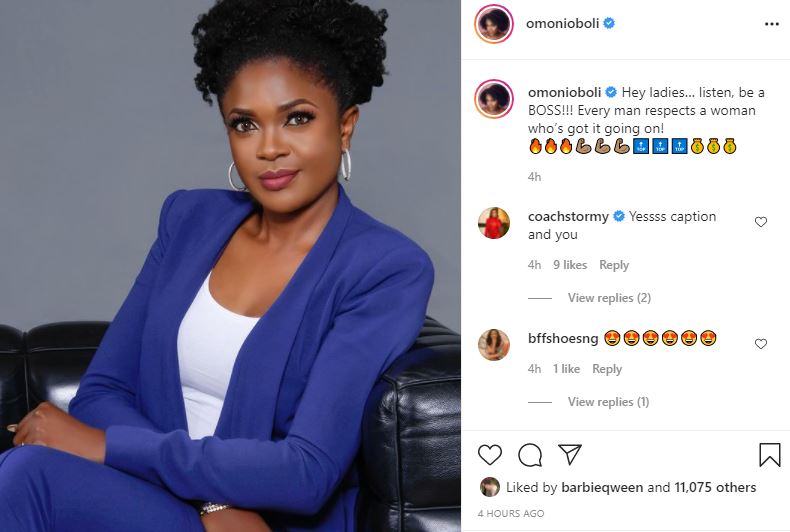 Omoni Oboli is a multi-talented media personality as she is an actress, scriptwriter, producer and digital filmmaker.

She studied at the New York Film Academy and has written several screenplays, including The Figurine, Anchor Baby, Fatal Imagination, Being Mrs Elliott, The First Lady and Wives on Strike.

The 43-year-old actress is married to Nnamdi Okoli and they have 3 sons together.

Every man respects a woman who’s got it going on…

“I wish she had stayed” – Omoni Oboli mourns her late mom