Fans of Nollywood actor Abimbola Kazem, popularly called Jigan Babaoja, have warned him to stop mocking Bobrisky or looking for his trouble.

This comes after Jigan Babaoja took to his Instagram page to share a photo which has become a growing sensation online as netizens liken the image to Bobrisky’s look when he gets older.

Many people have been making a mockery of the photo, especially after Bobrisky’s former PA, Oye revealed that the controversial crossdresser practically wears makeup every time, including at night.

Jigan Babaoja shared the photo on his page while advertising a product, but this did not sit well with many fans as they advised him to delete the post.

Some of his fans also said Bobrisky might not take the social media post as a joke and if he decides to start a fight with the actor, he would not be able to withstand it.

opareles wrote: Oja pls stay away from this abeg

a3tconcept wrote: Baba oja I so much love you o cos throughout your staying in my area at olunde Ibadan you’re such a person whom doesn’t talk very easy going person but I will tell you that with this picture you posted if someone pikin start fight with you I will japa ooooooooooooo

daniroyals_ wrote: Is they any need looking for bob trouble? 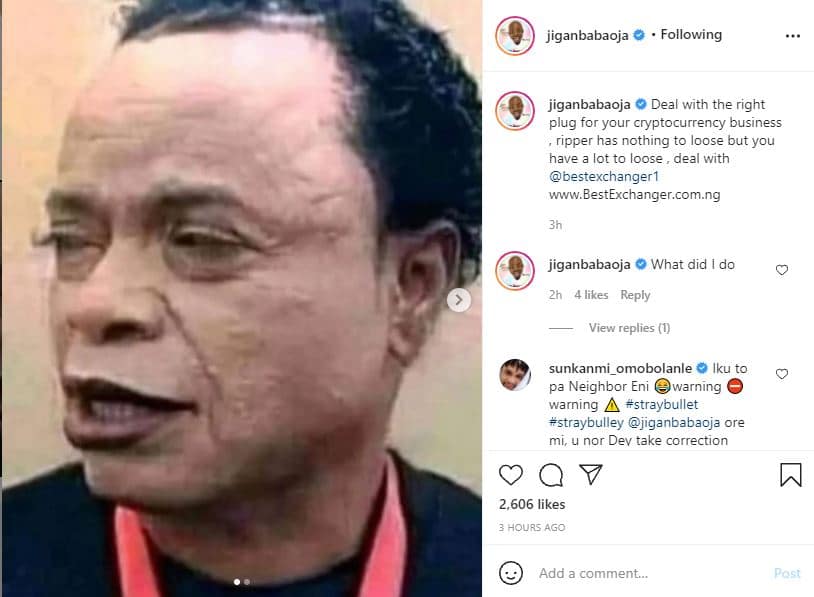