Fans of Nigerian singer, Kizz Daniel have reacted to the news about the birth of his twins.

naijabulletin earlier reported that the singer took to his Instagram page to announce the birth of his twins and their names.

“There is no better way to celebrate my birthday, than announcing the arrival of my sons … Jelani and Jalil” 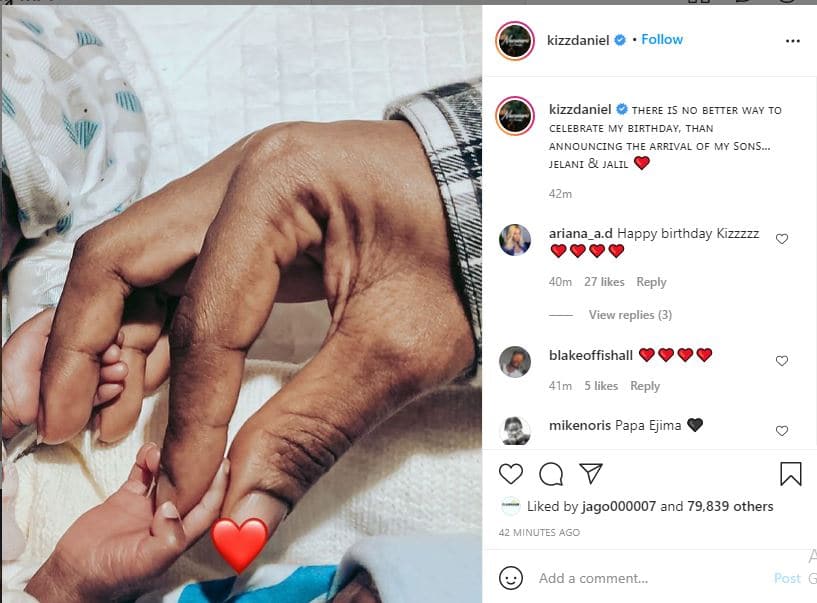 @miss_social20 wrote “Awwwww he as joined that association, association of baby daddies awwwww congratulations to my favourite Nigerian artiste

@_miesindo wrote “Mtcheeews call me a hater, but m tired of seeing people that has money bring children to this world without getting married to the mother of the child like Wetin happen”

Jubilation as singer Kizz Daniel welcomes a set of twins