Eniola Badmus marked her 44th birthday with stunning pictures amidst love from everyone.

A video trending on social media captured Eniola the Badmus showing off the cash gifts from Funke Akindele. The cash gift, summed up as 5 million naira, left fans in awe of Funke’s sweetness.

Eniola Badmus wrote: Thank you LAFUNKY for the cash gift I did not see this coming @funkejenifaakindele

Many are in admiration of Funke Akindele over this bounteous gift. Words of prayers have been showered on the Jenifa’ Diary crooner.

A fan of Eniola Badmus, identified as mummyanjie, warns her not to spray the money in a party as she has been doing recently.

Another Ifeteniola claimed Funke gave Eniola Badmus cash gifts because she would spray the money at a party.

READ ALSO:  ‘It is enough, create something good’ – Reactions as Mo Abudu set to create action thriller about Hushpuppi 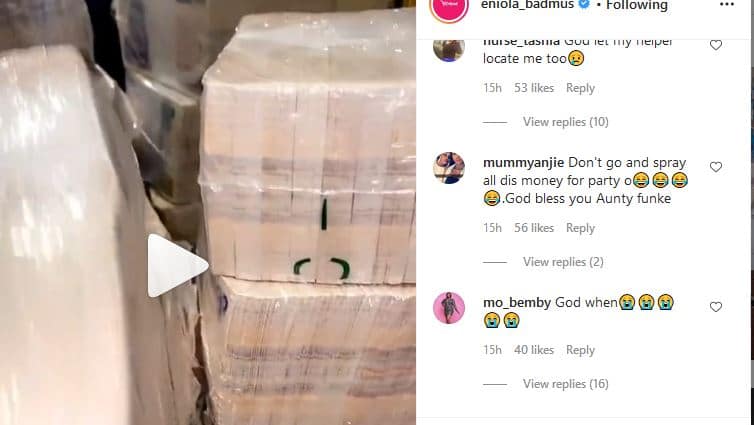