The federal high court in Abakaliki, Ebonyi state has been set on fire.

Some unknown gunmen reportedly used petrol bombs on the building located near the headquarters of the Peoples Democratic Party (PDP) in Abakaliki, Ebonyi capital, on Tuesday.

The attack on the court complex reportedly left two security guards injured. No death was recorded in the incident.

But the library and the security post of the court building were said to be badly affected.

In an effort to curtail the damage, firefighters mobilized to the scene to put out the fire.

The security challenges in the country have worsened.

There have been attacks by gunmen in the southeast. Most of the attacks were targeted at security agents, individuals, and public property. 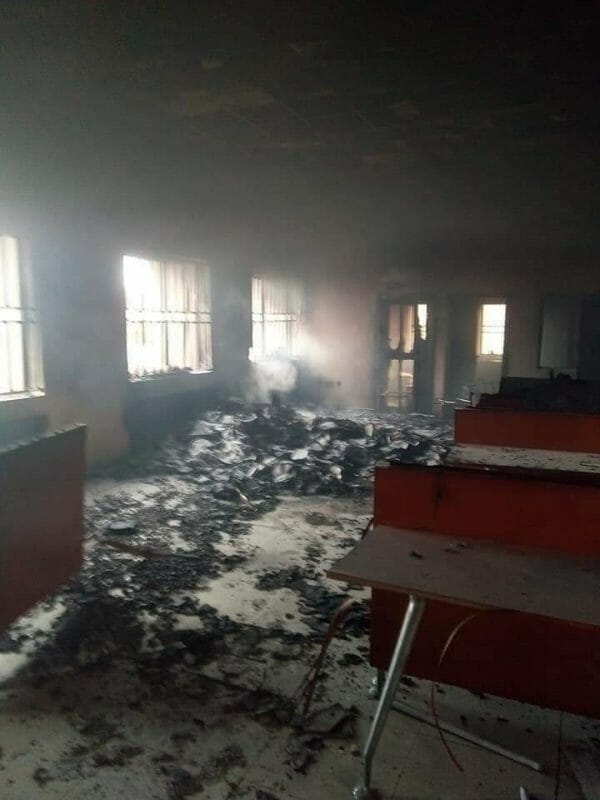 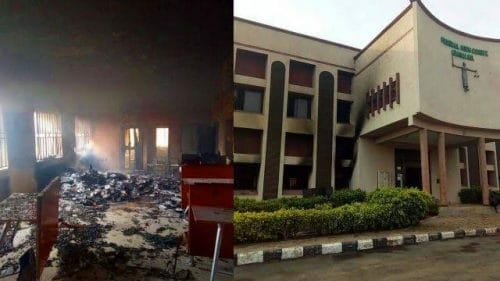 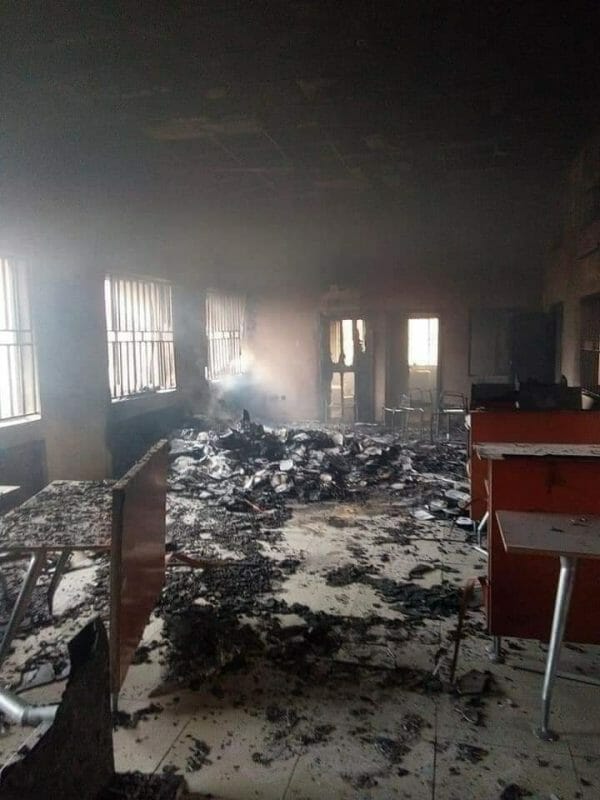 David Lyon’s sack: Buhari told not to cancel trip to Bayelsa for swearing-in