Female Corper salutes her elder brother who dropped out from school 11 years ago to become a trader so he could see his siblings through school (VIDEO) | Naijabulletin
BREAKING
Published on: October 20, 2021

A female corps member, Esther Chidimma Oyekwe, has celebrated her older brother who dropped out of school for his siblings.

According to Esther, her brother dropped out of school to become a trader so that he could raise funds to send his siblings to school. 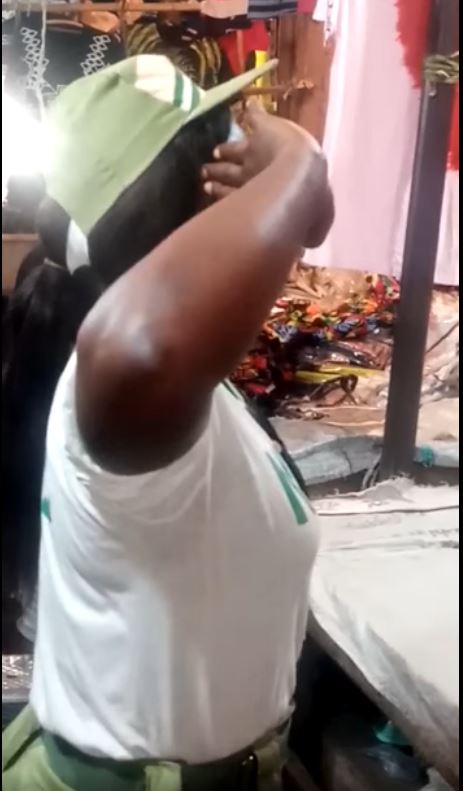 In appreciation the young lady who is now a graduate and serving her fatherland visited her brother in the market wearing her NYSC uniform.

She marched towards him, saluted him and afterwards hugged him tightly while praising him for his sacrifice of love.

Sharing the video which captured the emotional moment, Esther wrote,

READ ALSO:  Video: Liquorose and Boma are not supposed to be in BBNaija because they were already popular – Man says 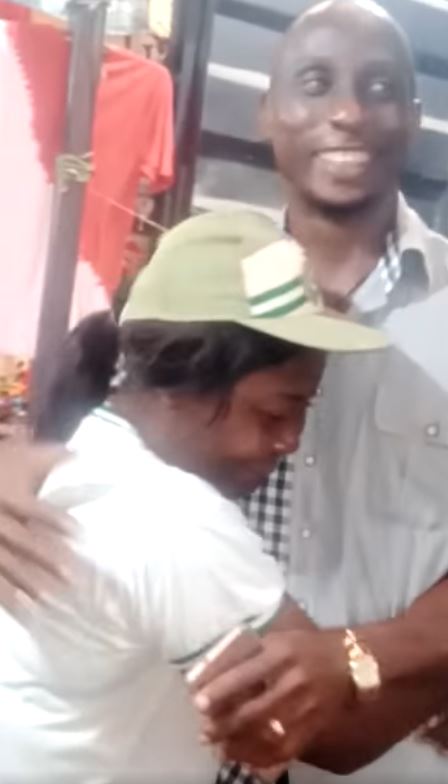 You sacrificed your Madonna university admission and went to serve a master so that we your brothers and sister will further our education, You have been a father and bread winner for 12 years since our dad died

“Yes ! 5 of us are graduates now, God bless you for your struggle and pains It’s my honor and privilege to SALUTE you. And to any of you that spent a dime or sacrificed your time for me during my year in school; Please if you see my call Know that I OWE you my deepest GRATITUDE SALUTE

#onedayitmustclick This one has CLICKED
PS. I DIDN’T COME FROM A WEALTHY FAMILY BUT I CAME FROM A FAMILY THAT SACRIFICE BECAUSE OF LOVE AND HUMANITY.”