The late founder of the Synagogue, Church Of All Nation, Pastor TB Joshua is being laid to rest in his church premises in Lagos today, July 9th.

Today marks the 5th day of the week long funeral rites of the revered man of God, and the burial ceremony is currently holding in his church in Ikotun, Lagos state.

Important dignitaries in attendance include, The Ondo state governor Rotimi Akeredolu, deputy governor of Ondo state Lucky Orimisan Aiyedatiwa, Olori Naomi Ogunwusi, Dele Momodu and many others. President of the Christian Association of Nigeria, Samuel Ayokunle sent in a representative while the chairman of CAN, Lagos state chapter, Rt. Rev. S.T.V Adegbite.

Here’s some photos from his burial below, 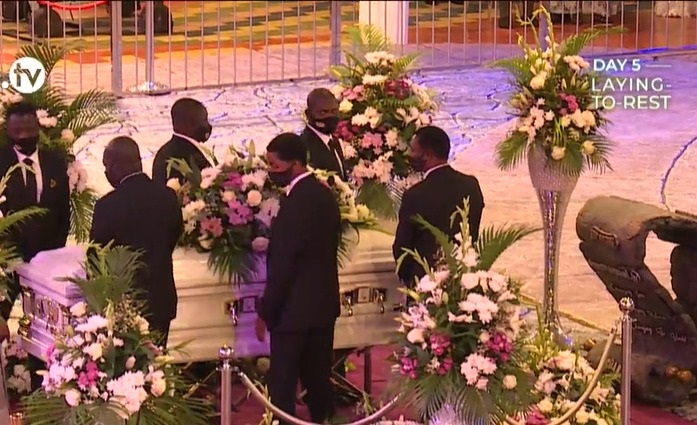 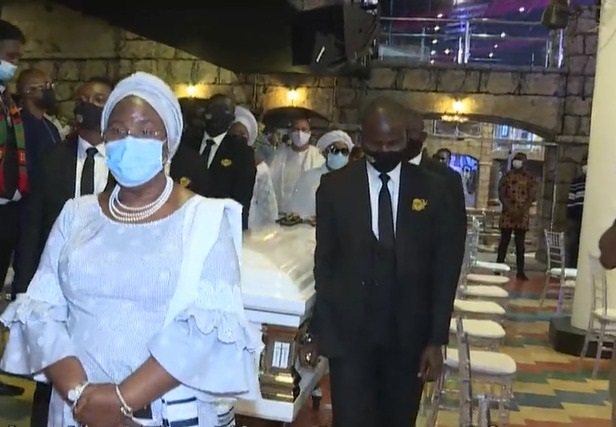 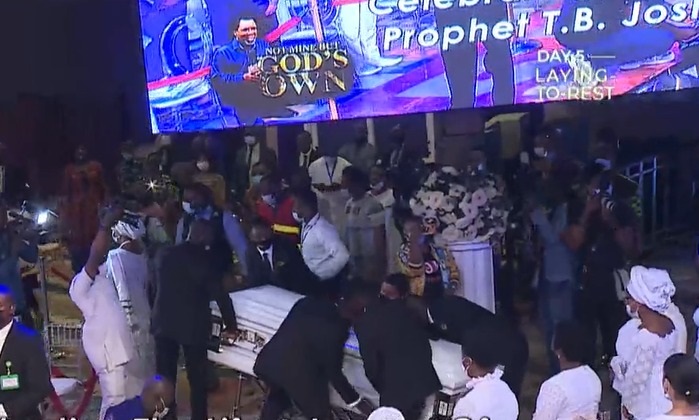 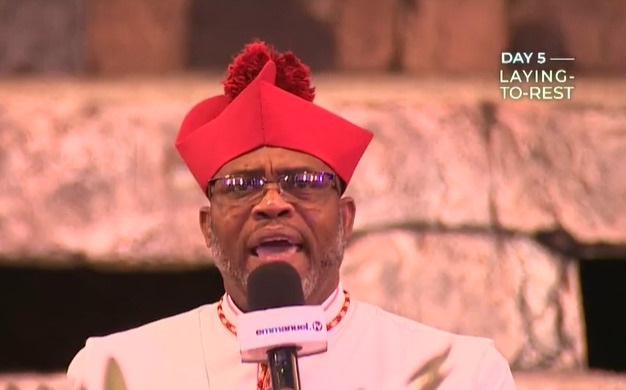 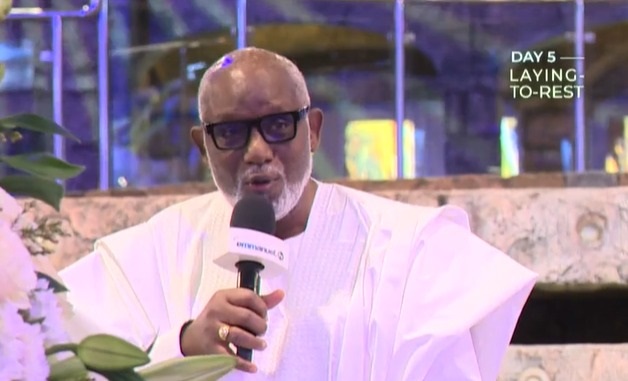 In other news, Prophet TB Joshua’s widow, Mrs Evelyn Joshua, says the death of her husband was an act of God and it did not come to her as a surprise.

Mrs. Evelyn said this during a visit by a delegate from the Lagos state governor, Babajide Sanwo-Olu, led by the commissioner for home affairs, Prince Anofiu Elegushi.

“What happened was an act of God. There is time for everything, like my husband would say. That was the word I knew from him very well. This is the job he was known for. This is what he was living for. That is what he was going to die for. “So, it didn’t come to me as a surprise. I wasn’t surprised when it happened. As we all know, he was in service that day. So, that’s it.”