Former Nigerian singer and television producer, Abdulrasheed Bello better known as JJC Skillz has shared a cryptic post hours after his babymama Mella showed off his twins boy faces to the world.

News recalls Mella, the baby mama of JJC Skillz, had called out Funke Akindele-Bello for being a bully and had further shown off the faces of her twin boys.

Mella had reacted to claims that Funke Akindele was exposing her son Benito for being allegedly linked to hard drugs.

In a chat that surfaced online, Mella claimed that Funke Akindele is a bully and not who she claims.

According to Mella, Funke Akindle claims to be a sweetheart, hiding her children’s faces from the public to enable them to have their life but has a problem feeding distorted private information to slander her teenage son.

Hours after her post, JJC Skillz shared a cryptic post which many believed was aimed at his babymama.

Taking to his Instagram story, JJC Skillz stated that someone who was living in misery needs a company.

In another post, he stated that the person known who she/he is.

He wrote, “You know yourselves. Misery needs company”. 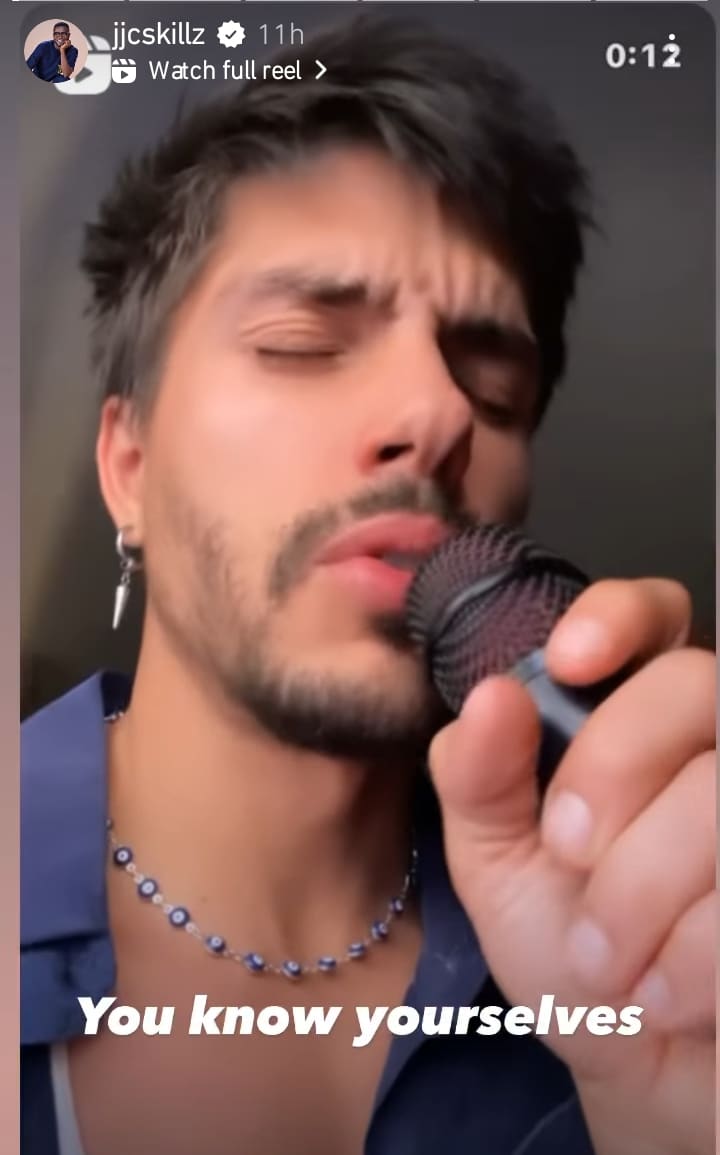 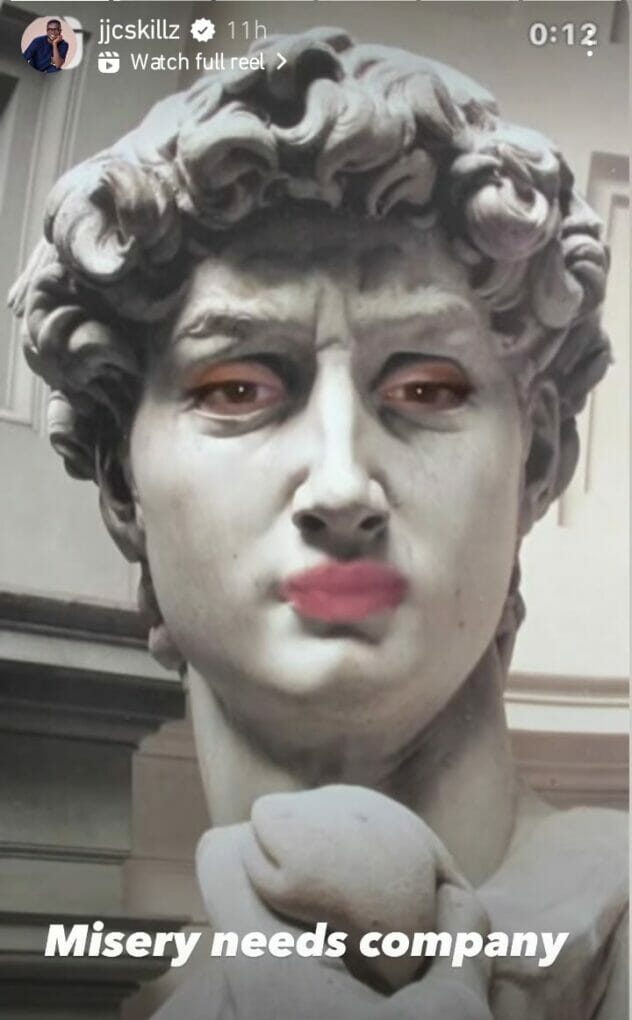