He just declared himself a public d0g Lady slams Davido…

A Nigerian lady has slammed sensational singer David Adeleke popularly known as Davido, over an insensitive post on social media.

Davido, a few days ago, was dragged on social media over his birthday post to his 4th Babymama Chioma Avril Rowland, which did not go well with netizens.

However, in a recent post on his Instagram page, the fem crooner insinuated he is a cheerful giver and get to everyone.

Reacting to the post, an Instagram user identified as aneterr_a stated that Davido has just declared himself as a public dog, and every Nigerian lady will have a taste of him.

U see OBO like this ?? Just know say it must go round !! #cheerfulgiver. 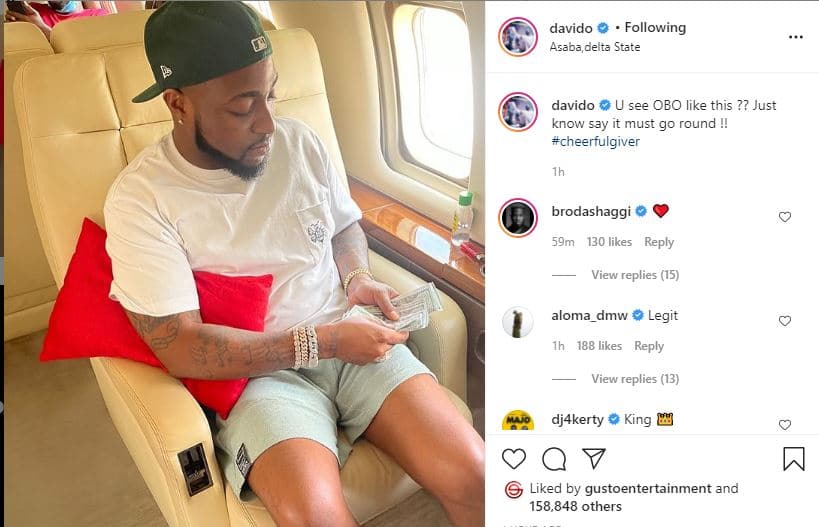 He just declared himself a public d0g Lady slams Davido…

#EndSars: See list of celebrities, including Davido and Burna Boy, dragged to court for participating in the protests