Naijabulletin News reported a few days ago that Chi Bernards passed on after she collapsed and died while cleaning a Catholic church in Enugu State.

In a new development, actress Ezeh-Bosah Ngozi Florence has taken to Instagram to announce the death of Sir David Osagi, who died suddenly while sleeping without any form of illness, according to the actress.

Another actress Ibiwari who confirmed the news said he filmed yesterday and went back to rest hoping to resume shoot today but never woke up.

“…I hate to say this but we have lost another Nollywood king, Sir David. He wasn’t sick, it just happened. How do we explain this, another loss in Nollywood. Oh Lord have mercy. Rest in peace Sir Dave 💔💔💔💔💔💔💔

Actress Ibiwari wrote: “This can’t be explained oh, he filmed yesterday and went back to rest hoping to resume shoot today but never woke up.

“Another king role interpreter is gone.What is this oh God.” 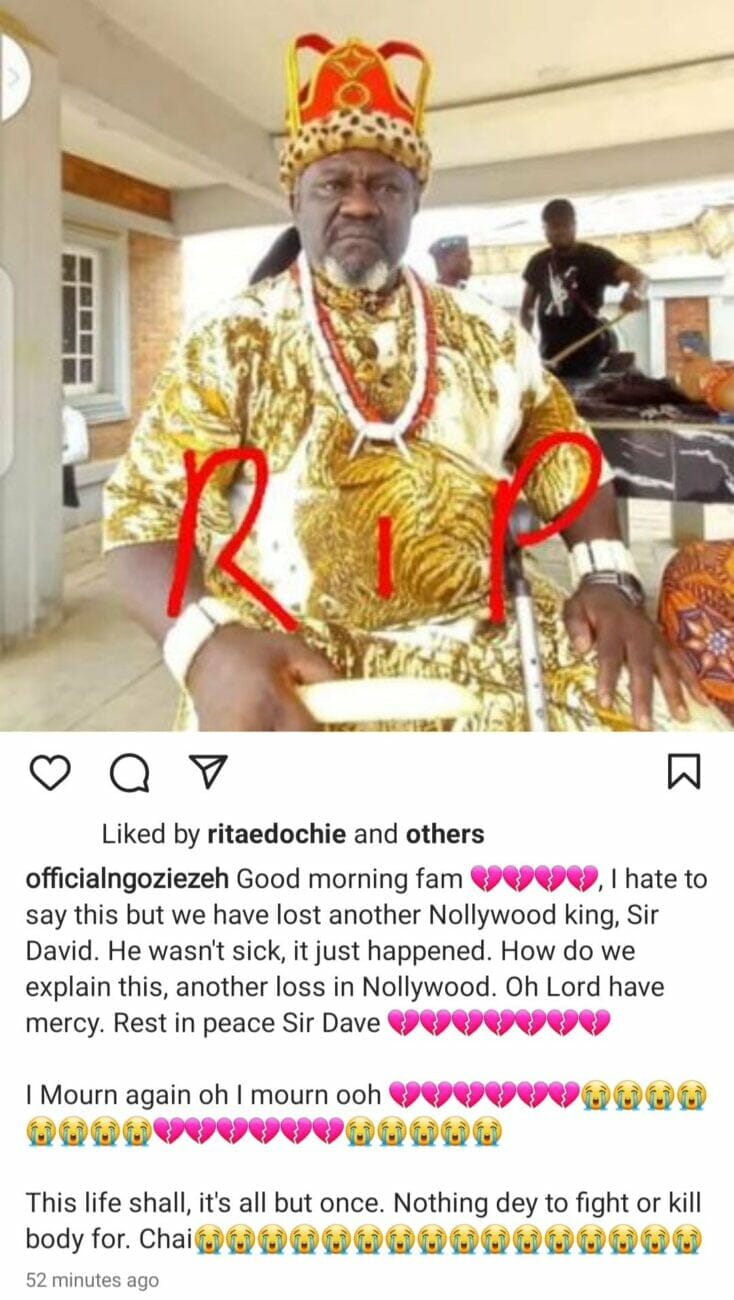