Billionaire’s daughter and popular female Disc Jockey, Florence Ifeoluwa Otedola, popularly known as DJ Cuppy has taken to social media to express her excitement after recovering from a mild sickness.

News recalls that the billionaire’s daughter lamented bitterly about having several types of Covid-19 symptoms three days ago. She realized it was not Covid-19 when conducting a test that turned out negative four times.
DJ Cuppy is one of the happiest, perhaps, a cruise master at her game in the entertainment industry.

Sharing a healthy photo, she revealed she is fully back and better on social media.

And she’s BACK  HEALTHY and HAPPY! 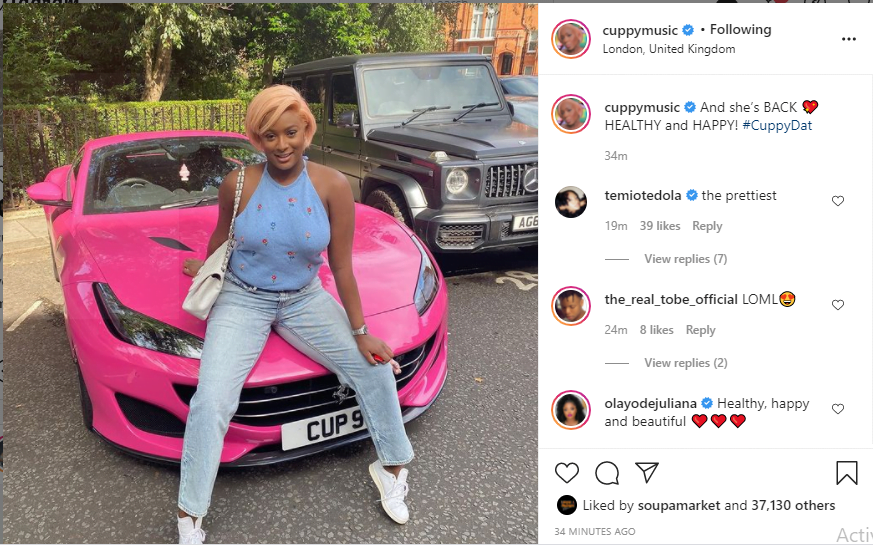 I am still single because I’m too sexy – DJ Cuppy

‘I want to buy my own planet’ Billionaire’s daughter, DJ Cuppy spills