Heartbreaking photos from the funeral of Iniubong Umoren…

The remains of Iniubong Umoren, the job seeker who was raped and killed in Akwa Ibom is being laid to rest.

26-year-old Iniubong Umoren was allegedly murdered by Akpan, whom the police said he has confessed to being a serial rapist and killer.

Akpan had invited the Iniubong Umoren, a University of Uyo graduate, for a job interview at Airport Road, Ibiaku junction on April 29.

READ ALSO:  “I will not celebrate my birthday this year” – Last video of Pastor T.B. Joshua before his death

That was the last time family members heard of the deceased until her corpse was found 48 hours after she declared missing.

The gruesome killing of the job-seeker had sparked several reactions from youths across the country, demanding justice for the deceased.

Meanwhile, Naijabulletin had reported that the Akwa Ibom State Police Command has debunked rumours making the rounds that Uduak Frank Akpan, the suspected killer of a job seeker in the state, Iniobong Umoren, had died in their custody.

The Commissioner of Police, CP Andrew Amiengheme, stated this on Thursday while speaking to Daily Post.

He denied that Akpan had committed suicide while in custody.

CP Amiegheme, who described the rumour as figuring the writer’s imagination, wondered why some people would derive pleasure in peddling falsehood.

Below are some of the photos from the ongoing funeral. 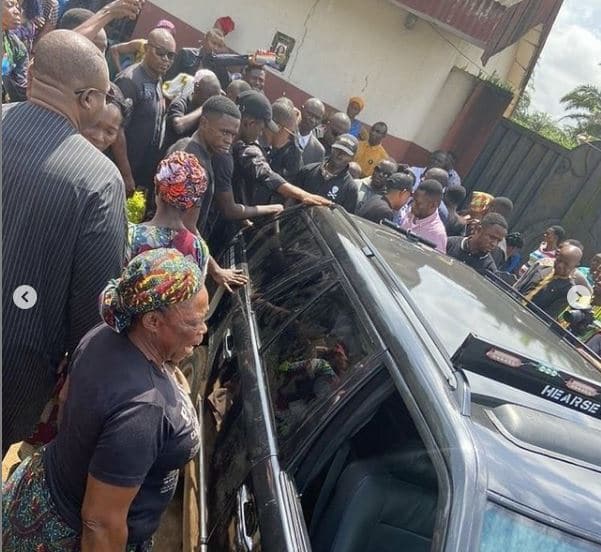 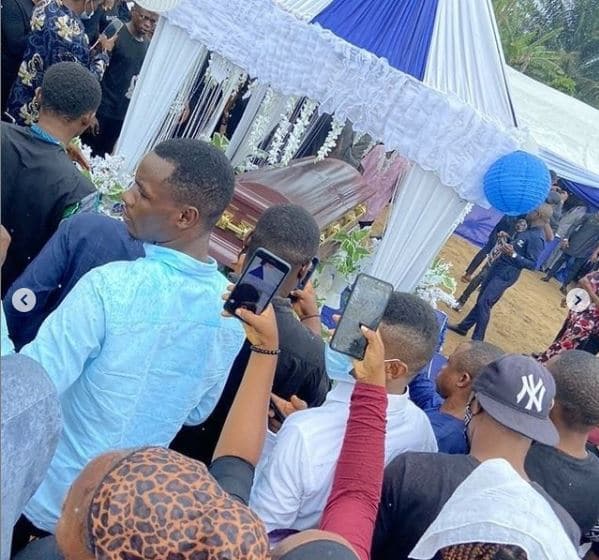 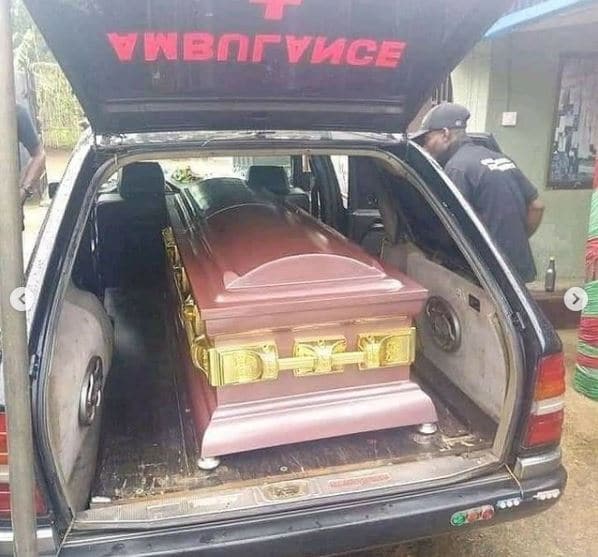 VIDEO: Iniubong Umoren agreed to sleep with me before I killed her in self defense – Principal suspect, Uduak Akpan