A report on how the Alaafin of Oyo, Oba Lamidi Adeyemi, allegedly died has emerged online as the Yorubas and wives mourn his demise.

News earlier reported that Alaafin Adeyemi, the third from the Alowodu Ruling House, died in the late hours of Friday at the Afe Babalola University Teaching Hospital, Ado Ekiti.

The remains of the top Yoruba traditional ruler were brought to Oyo in the early hours of Saturday, and traditional rites began.

He was 83 years old and the longest-reigning Alaafin ever, having ruled for 52 years.

According to the source, the Alaafin was said to have left one of his wives’ rooms to check one of the concubines he kept in his quarters before he fell.

Gistlovers added the Alaafin was later rushed to Abuad Hospital, where he finally gave up the ghost.

The post reads: Alaafin of OYO is Dead. According to information reaching Vawulence Headquarters the King was Hale and Hearty prior to his death,he was said to have left one of his wives room going to check on another woman he kept in his quarters (not his wife yet) before he fell, he was later rushed to Abuad Hospital where he gave up the ghost. RIP to Omo Iku ti Iku o gbodo pa. I come in peace 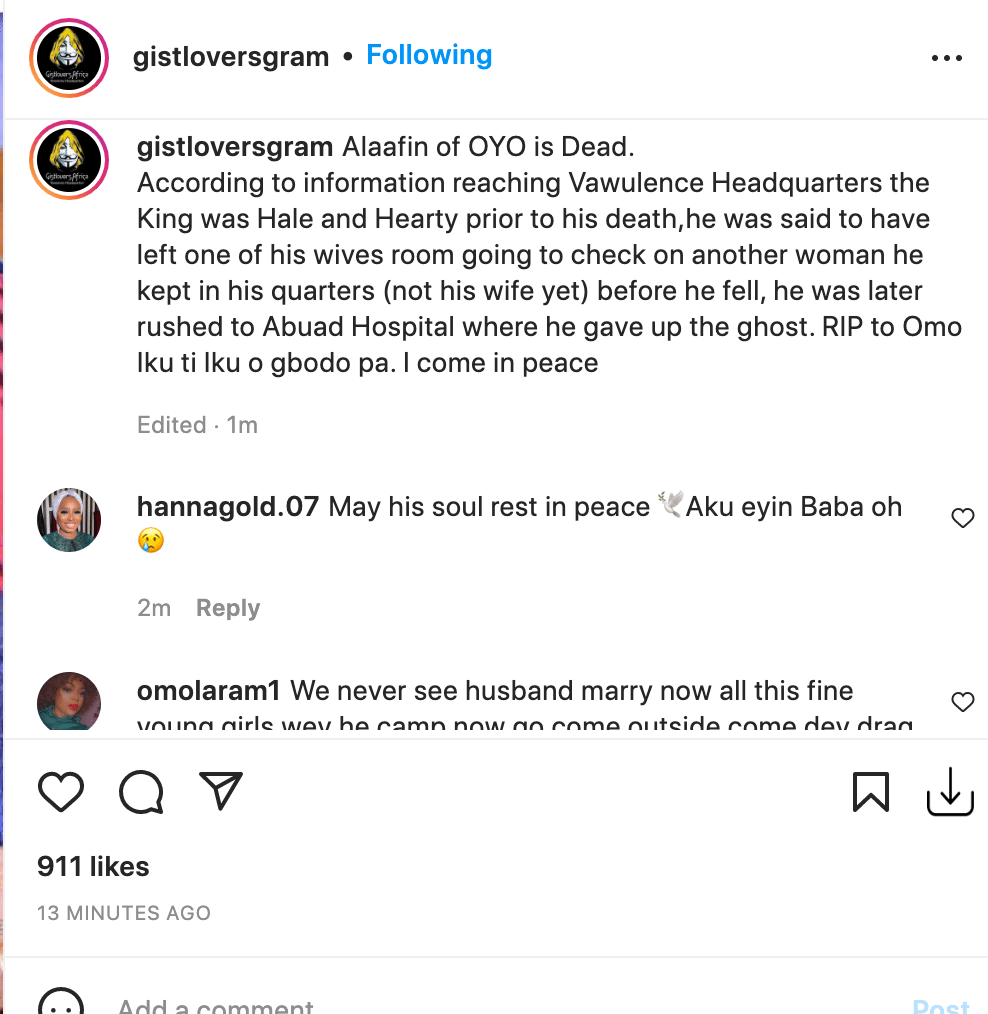