naijabulletin News earlier reported that one of the young wives of the Alaafin of Oyo, Queen Damilola was kicked out of the palace.

According to Damilola in a chat with Instagram blogger, Gist Lovers, her son and mother were also kicked out of the palace and they left with nothing.

Queen Damilola also revealed that she wasn’t able to get a place to sleep as she had no money with her.

READ ALSO:  Odumeje vows to come for people accusing him of fake miracle: “No one stops me when I begin a fight

Kind hearted Nigerians decided to contribute some money towards helping her get a decent accommodation and starting up life again after the King reportedly dumped her for her friend.

Appreciating Nigerians for their kind gesture, Queen Dami revealed that she got 1.17 million naira. 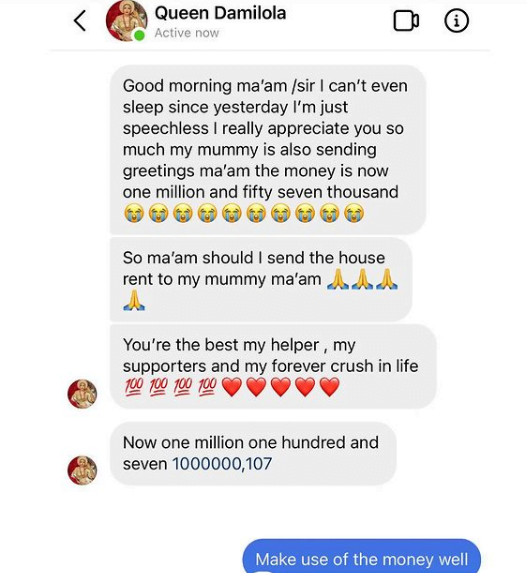 See a photo of her mother crying below: 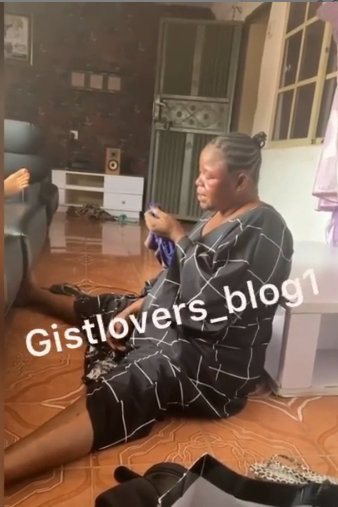 Reacting to her appreciation, one Funmi wrote, “Use the money to rent an apartment for your mum the clause been that use it wisely. Only rent an apartment you can continue to pay in the future. Don’t come when rent is due thinking another money will come because another person problem go dey on ground by then ooo. Ire”

Adaugo wrote, “It’s the HONESTY for me!!! God bless her. And everyone who contributed.”

Mis Crown wrote, “She should use it wisely. With the current value of naira. Even 10million naira will vanish before you know it”

Kemisola wrote, “So you no even get up to 1m for account normal and you be king wife…hiaan”

“The King is threatening my life” – Queen Anu, wife of Alaafin of Oyo cries out