Helen Paul had shockingly revealed that she and her husband are not legally and officially married.

The actress who got married in 2010 to lawyer, Femi Bamisile revealed this on her Instagram page as she gave advise to ladies who are living with men who haven’t paid their bride price.

According to Helen Paul, she is also married on credit since they weren’t officially married.

She wrote, “Ladies, if you are living with a man that hasn’t paid your bride price, change your status “Married on credit”.

News recalls Helen Paul was left shattered following the death of her friend.

Taking to social media to mourn him, Helen Paul said she has been trying so hard not to believe that her friend is gone.

While recalling how her friend often defended her, Helen Paul said she’s fighting her emotions seriously.

She wrote: My friend, I have been trying so hard not to believe you are gone. Rip. No one can replace you. I am fighting the emotions seriously. My only MC with a Ph.D as we fondly called you.

You observed how my writings bordered largely on tragedies and contrasted that with the fact that I am a comedian. You used to defend me and took time out to read all of my write-ups. Miss you deeply @drayotunde”. 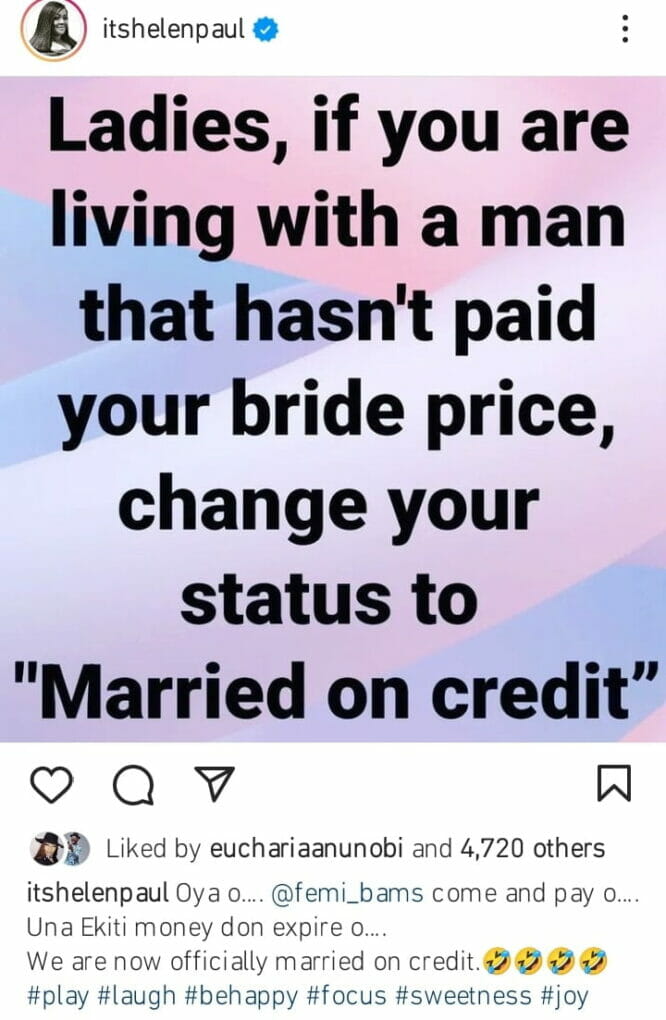 Comedienne Helen Paul reveals she is married on credit