A chat screenshots between a lady and her boyfriend have emerged on social media. The lady told her boyfriend that she don’t love him again and cannot pretend she does anymore.

The leaked chat screenshots is a follow-up conversation to one they earlier had, where the man asked his girl if she was serious about not loving him any longer.

READ ALSO:  We are saying that your gambit will fail -Presidency tells ‘Pitiable’ Atiku Abubakar

Sarah replied in the affirmative and also revealed that the only reason she will marry him is because he trained her in school, even though the love is dead.

Sarah went on to reveal that all she feels for him is appreciation and she does not want to look like a gold digger if she ends the relationship.

READ ALSO:  “No administration has done more than Buhari’s” – APC

Sarah claims to have fallen in love with another man, but she said that out of gratitude, she would not mind marrying the boyfriend she no longer loves.

She vowed to remain faithful if they finally get married but can’t promise to love him.

Read their conversation in full below: 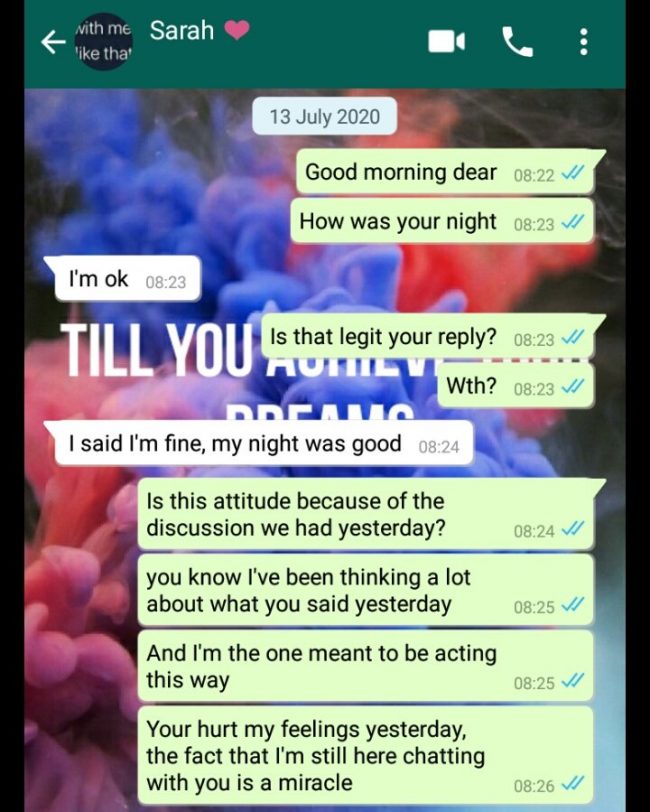 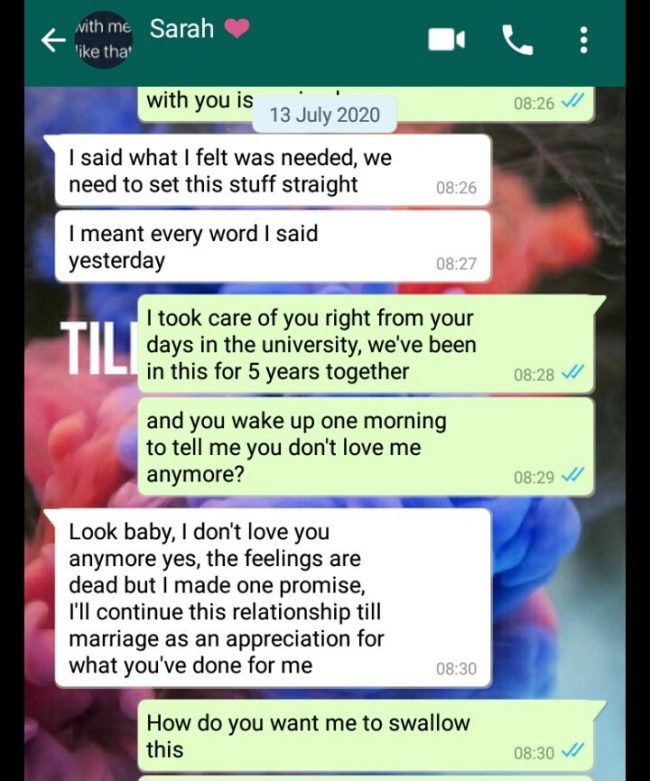 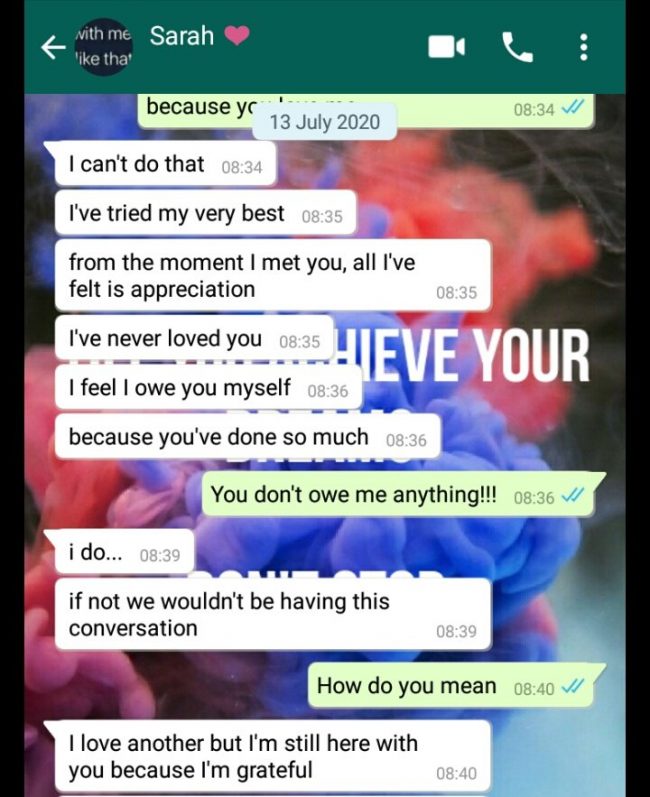 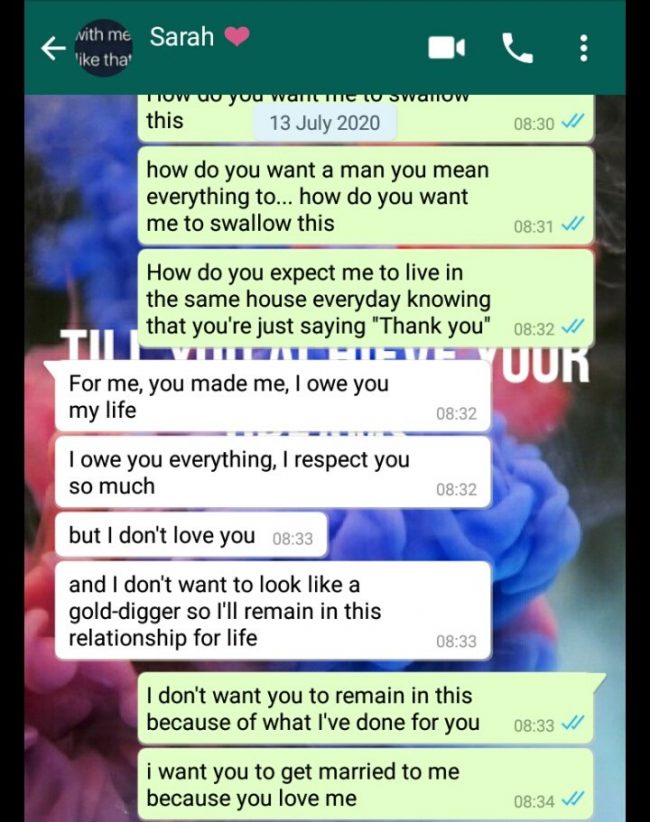 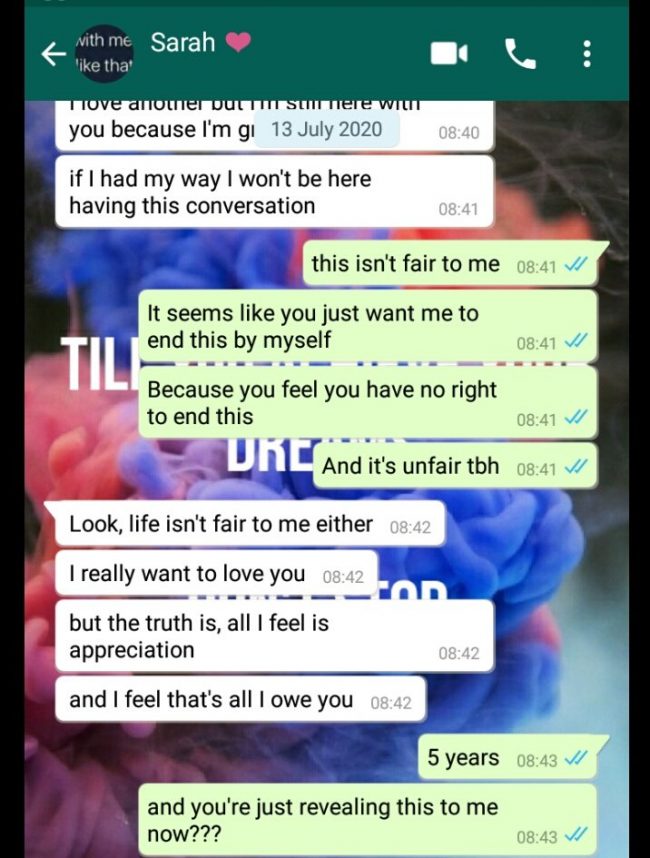 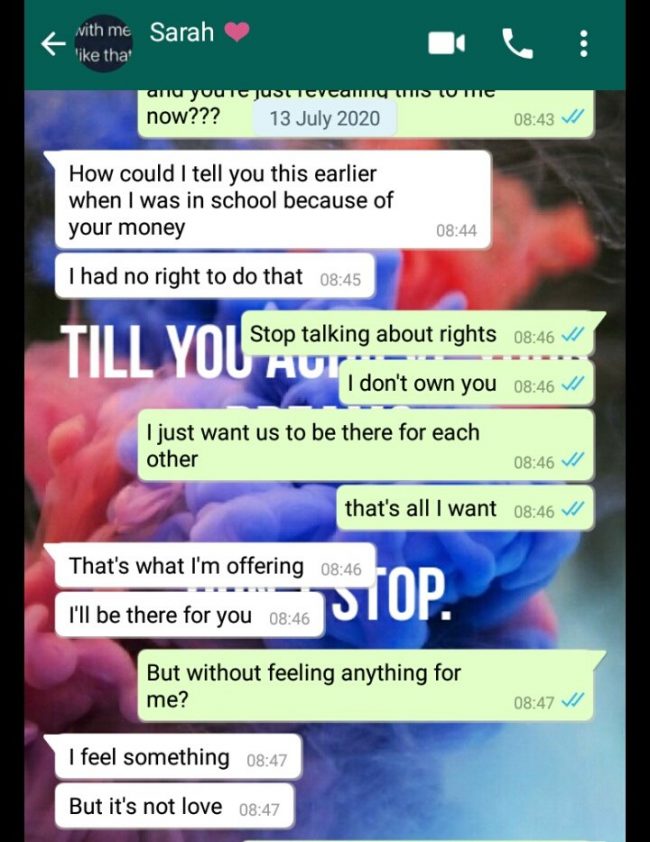 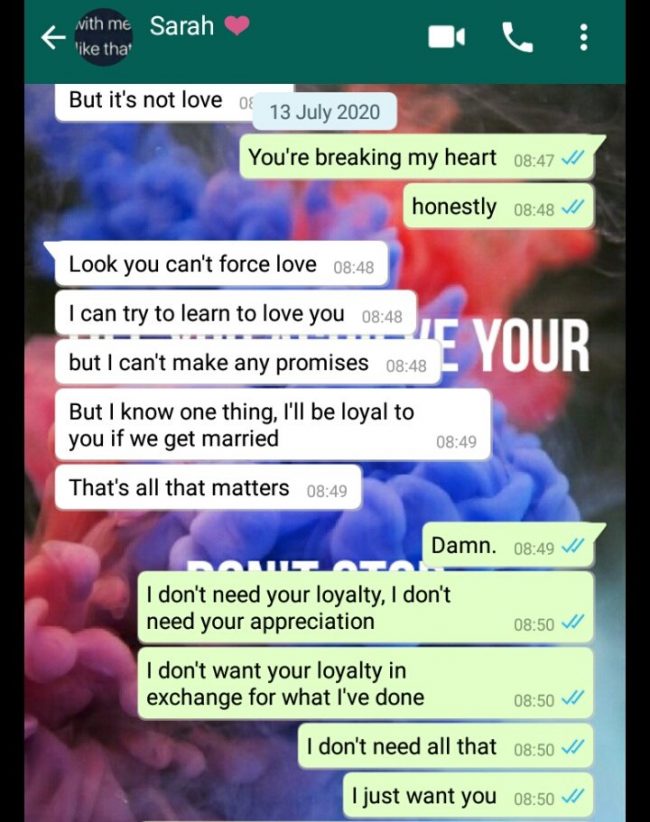 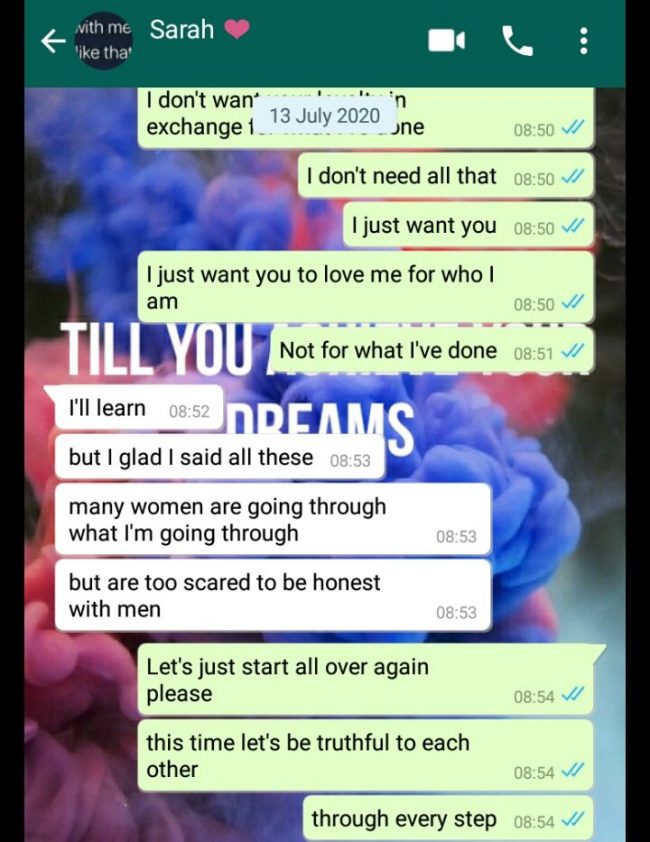