Nigerians have raised concern for actress Annie Idibia’s mum who have to put up with her children’s unending drama on social media.

There is no doubt that her mother Grace Essein would be going through a lot as her three children are torn apart.

Following the unending drama, Nigerians are showing support for the single mother of three who has to clean up her grown kids mess.

Hours after, Wisdom publicly apologised to his sister, many opined that the mother needs to call the intervention of the family elders to bring peace in the family.

yourgirl_kyantul : Something is wrong with that family

officialbollypokie : Lord Almighty please give this family peace because I feel sorry for their mum too. Breaks my heart. I pray Annie can be strong

_odogwu_nwanyi : Check their mum too

zadeedaku : Do you know what their mother must be put her hands into that backfired? Maybe payback time, mothers’ love for their children. There are cultures in Nigeria or the man’s head that abhors infidelity or something. This is not natural happening to the Macaulay family. Elders intervention is needed. Even 2baba has been initiated into drugs.

newmartos : Mama needs to go on her knee for her children

andramycin : It’s so sad, an example of adults raised in a dysfunctional environment”.

News recalls Wisdom Macaulay publicly humiliated his sister, Annie Idibia when he dragged her out for influencing him with drugs.

He accused Annie of threatening his life and taking away his means of livelihood.

According to him, since he has been working with the actress, she refused paying him his dues, and rather prefers to send him N20,000 or N30,000 and turn him to her slave.

Wisdom claimed that Annie is a violent person, does erratic things whenever she is angry and had introduced him to drugs.

Backtracking on his words, Wisdom claimed that he was under depression after the actress took away his means of livelihood.

He admitted that neither Annie nor him takes drugs and all what he said were false tales.

Apologising to Annie, Wisdom pleaded with Annie’s colleagues to help him beg his sister to forgive him. 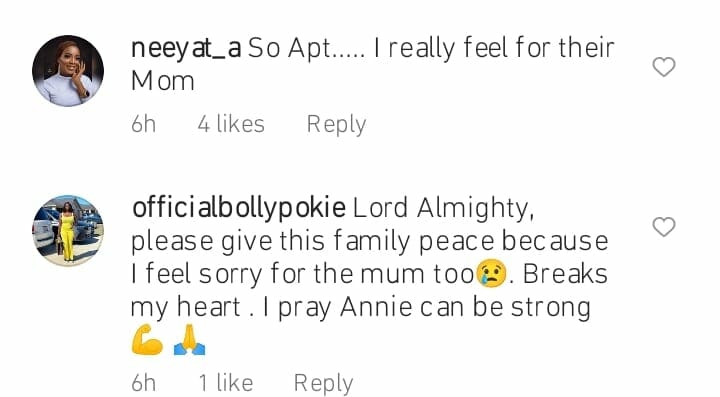 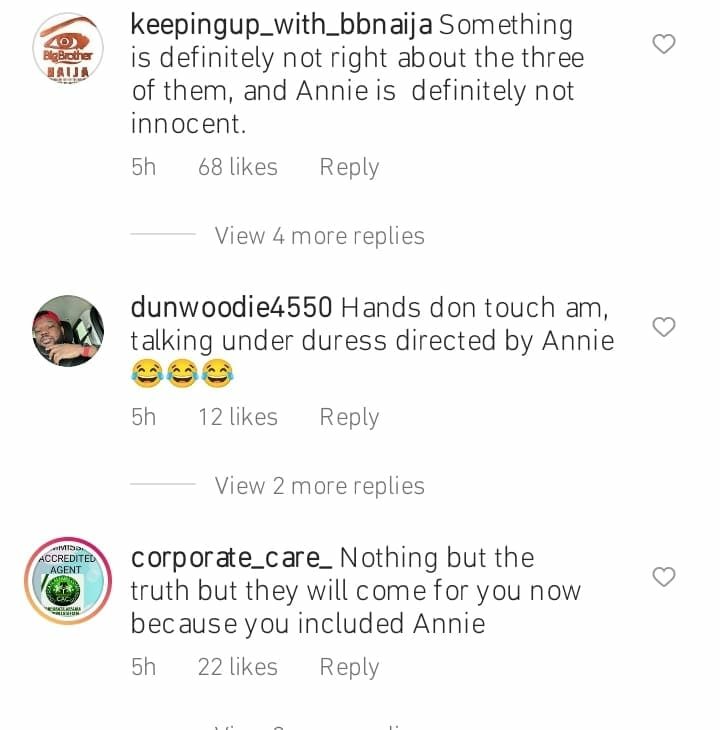 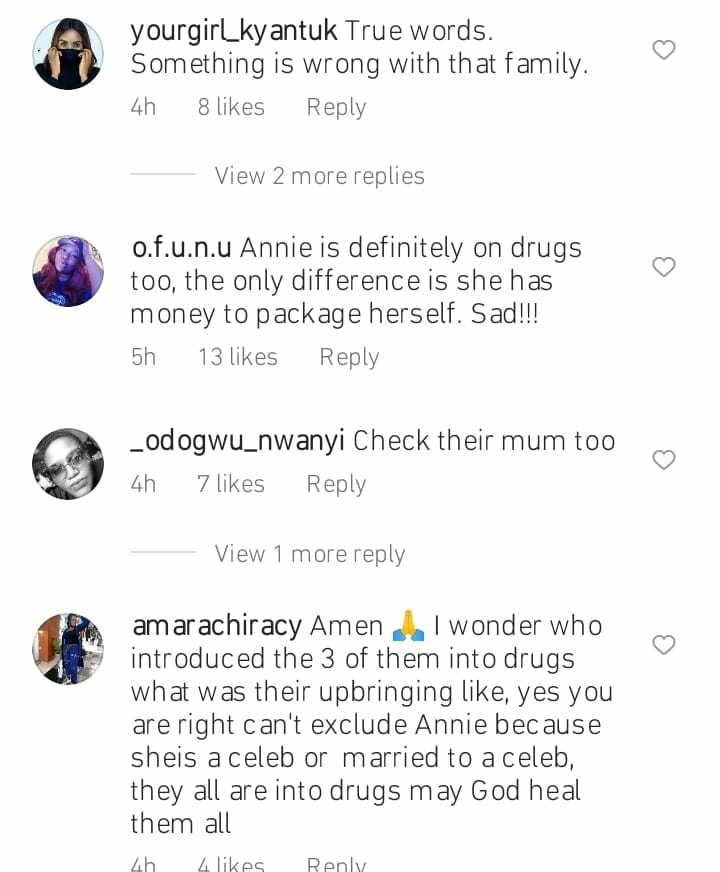 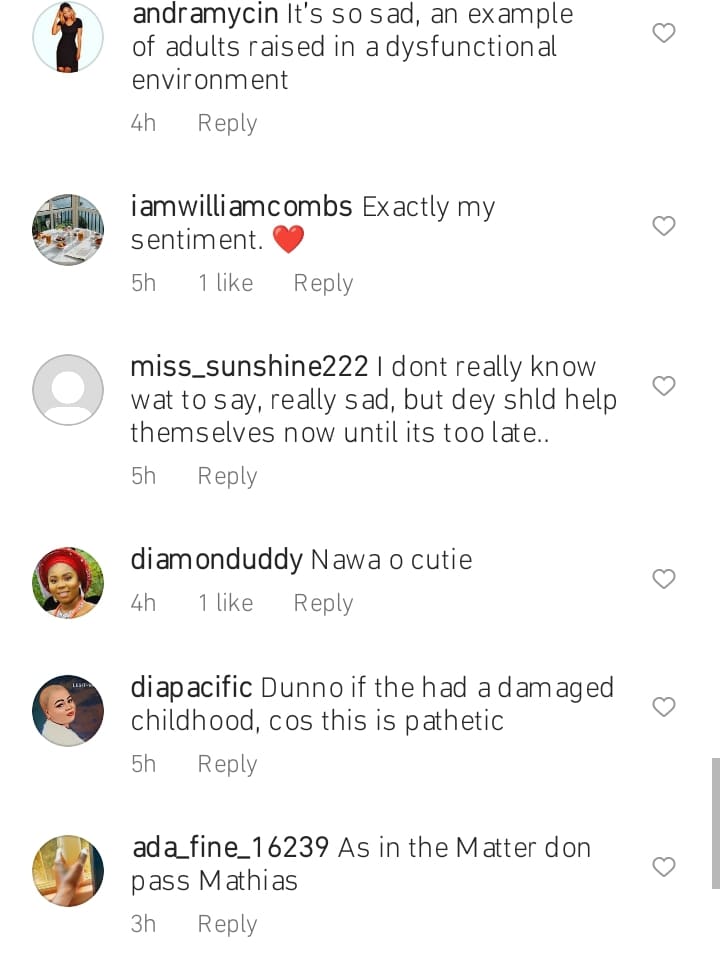 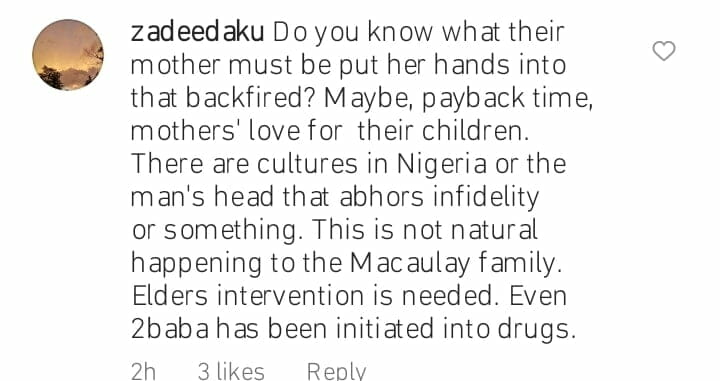