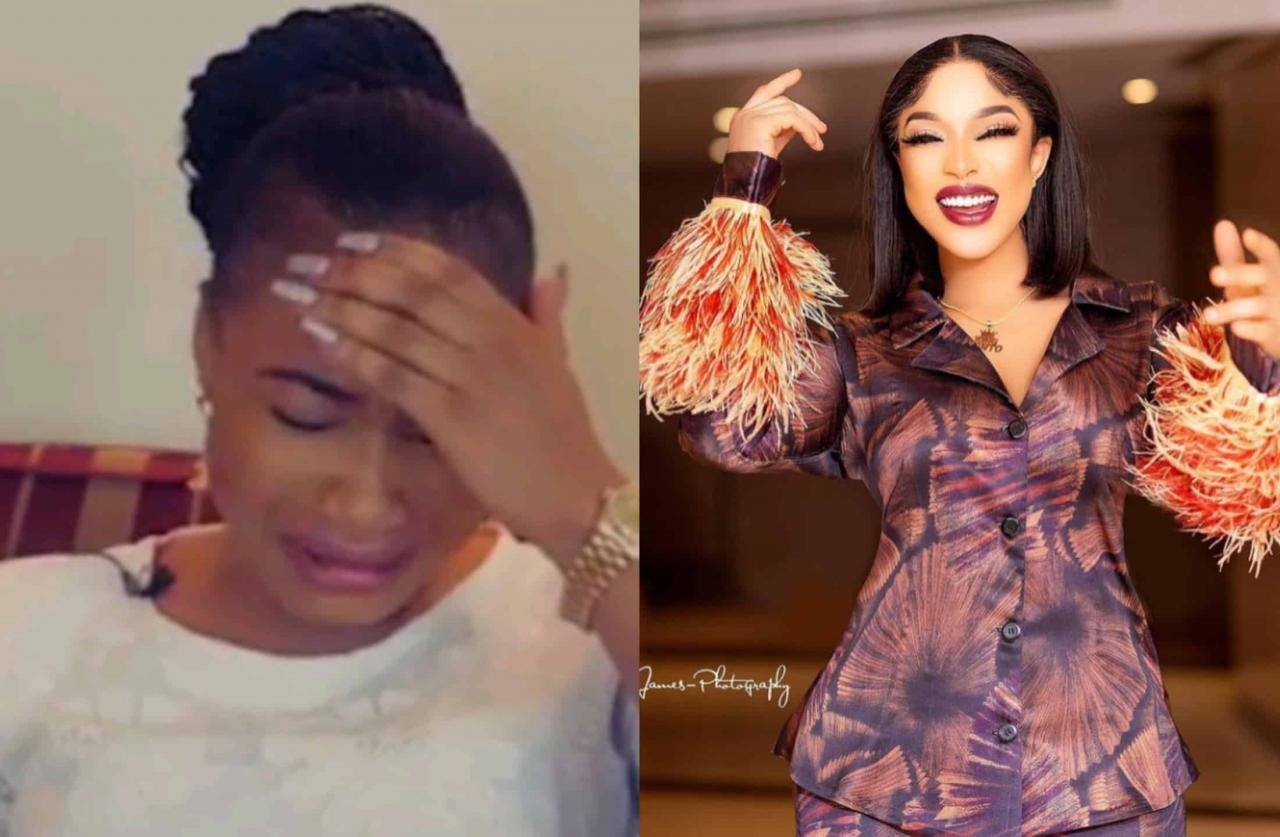 Nollywood actress Tonto Dikeh has expressed sadness and anger over how a scammer made her guilty of a young boy’s death. 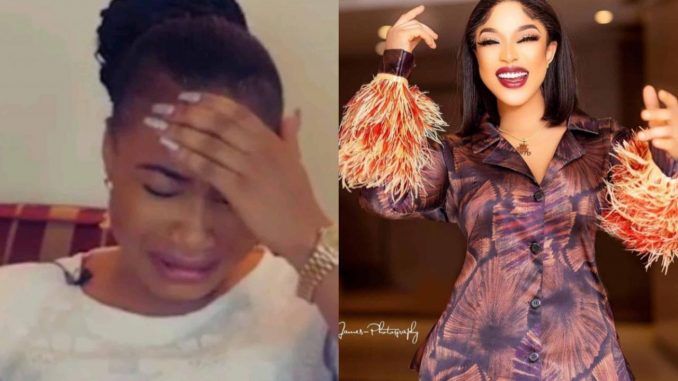 The benevolent actress revealed that a few weeks ago, she had helped a random fan with almost half a million naira cause they had ‘mad’ challenges.

However, she was left displeased when she discovered she was scammed as the account had been deleted.

Unfortunately, her vow cost a life as a mother had reached out to her for assistance and to avoid being scammed; Tonto neglected her cry for help.

This led to the boy’s death, leaving the actress grieving.

Taking to Instagram, Tonto laid curses on the scammer that roped her into someone’s death.

” Few weeks ago I helped out a random fan with almost half a million naira (370k) cause they had mad challenges and she showed a baby and all, one week later I just wanted to check on them. BOOM the account have been deleted, I took it with good faith. I was so pissed, I felt used and taken for granted but I moved on. FF to 2days ago, I saw similar message, seeking for medical assistance. The way I deleted and ignored the message ehn, this morning I opened my DM the mother told me her son died…… My eyes hurt from 😭🥺🥺. My heart aches so bad….

I wi hate myself for a very long time. See the amount of damage one person lies and choices have caused. My heart goes out to everyone going thru one thing or the other!! I will beat myself up for this for as long as I stop feeling guilty but the person who made me ignore that message I pray you suffer more than the grieving mothers…”.

Recall that some students of Chrisland schools were involved in a case of alleged sexual violence in Dubai, United Arab Emirates, with the explicit videos circulating all over the internet.

However, Tonto Dikeh has volunteered to make the video disappear from the internet and block it from further upload.

She also pledged to donate N500,000 and urged other celebrities and fans to contribute to achieving results jointly.

She wrote: “I have been in touch with someone who can get this video off the net for good! The price is outrageous. @ubifranklinofficial. I will donate 500 thousand naira only and we can push this to concerned fans and children advocator to contribute or the parents can work it up. Which ever way, the first step is trying to heal these kids. And work on how to punish the school for it’s involvement in the cover up and neglect.”

Also, Tonto Dikeh had publicly called out an Abuja hospital known for conducting plastic surgery for killing a woman.

The actress claimed that the hospital not only killed someone but also blocked her on Instagram when she reached out to them over the incident.

She stated that the woman died while trying to fix her body, yet the hospital still did its duties without respect or remorse for the deceased.

Tonto Dikeh called for the friends and family of the deceased to fight for her as this would be the third death she is aware of.

She wrote, “So this hospital kills someone, I call their attention and they block me. A woman just died trying to fix her body with you and you are posting up and down for more clients to kill? @pretiwomann_official All of you had better come out and fight for your dead friend… So far from remewabuja we have recorded 3 deaths of people I know”.