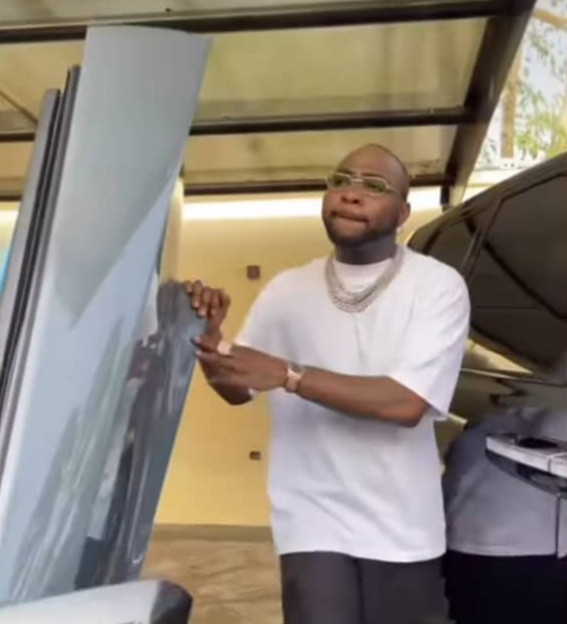 It looks like seasoned singer, Davido will be off the market, soon as he says he might get married pretty soon.

The award-winning entertainer who also said he doesn’t want to be a player anymore, shared a video on his Instagram Stories with the caption: “I think I’m gonna get married soon, cos….”

To further buttress his point, he added a video of a white man singing, “I don’t wanna be a player no more.”

Hours ago, Davido, got his cousin Tunji Adeleke emotional after a gift of N5 million cash on his birthday.

A video spotted online captures the moment Davido, alongside his best friend Cubana Chief Priest, his cousin and other friends, were spotted at a nightclub.

Davido brought out some bundles of Naira notes from a bag and sprayed his cousin, Tunji Adeleke, amidst being cheered by his friends.

News recalls Davido recently made history and broke records after he was declared the most streamed artiste in Nigeria.

According to Turnable Charts, a music chart publication in Nigeria, the ‘Dami Duro’ singer holds the record for the most number 1 streaming chart history in Nigeria.

With this achievement, Davido beats his rivals, Wizkid and Burna Boy to clinch the number one spot.