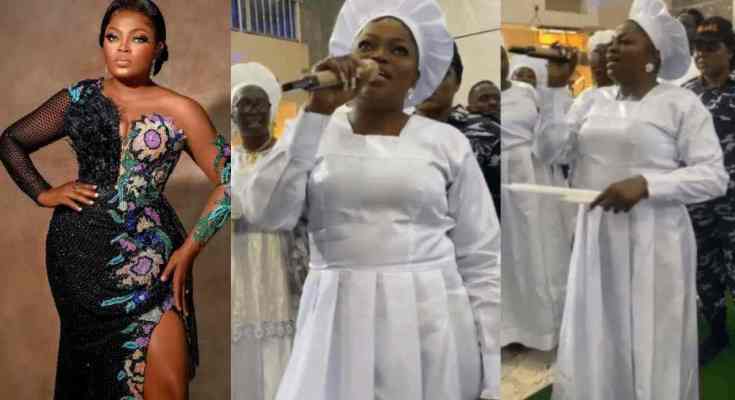 Funke Akindele, a former actress in Nollywood and a Peoples Democratic Party (PDP) candidate for deputy governor of Lagos state, has disclosed that she was raised in the Celestial Church of Christ (CCC). 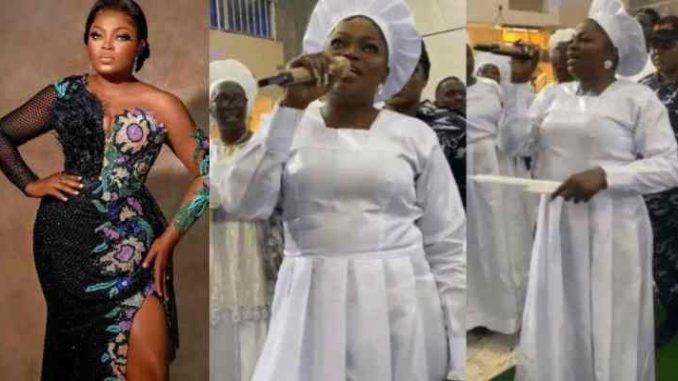 The statement was made by the honorable director when she asked the church’s clergy to pray for her when she began her political campaign.

In a clip shared on social media, on Sunday, by CCC Wonderland Parish, Funke said she was born and raised in CCC, adding that her case could be likened to a lost sheep who has returned home.

“I was born and raised in Celestial. My situation was like that of a lost sheep that God calls back home,” she said.

Speaking in both English and Yoruba languages and donning the church’s white garment called ‘sutana’, said she had always come back to the church in secret for solutions to challenges.

The 45-year-old Actress added that she would, henceforth, associate with the Church publicly, a statement which was greeted by the cheering congregation.

“Whenever I had challenges in my life, I usually ran back to Celestial Church but secretly. And I would see that I got breakthroughs, but right now I said enough is enough. I’ve stop hiding. I have to be identified with the church publicly