Nigerian female disc jockey and billionaire’s daughter, Florence Ifeoluwa Otedola, professionally known as Dj Cuppy has just revealed her intention to buy her own planet, where she can have more freedom and worry less.

Dj Cuppy, one of the happiest in the entertainment industry following her revelation recently, has requested to buy a planet in space from an agency responsible for the civilian space program, aeronautics, and space research (NASA).

According to the billionaire’s daughter, she would name her planet Cuppy, Cupptune or Cuppiter. 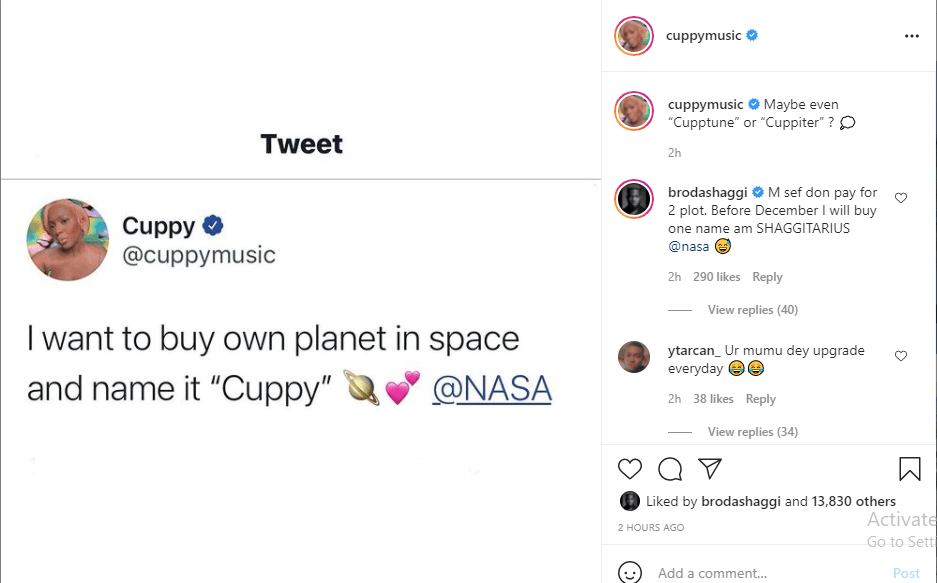 Naijabulletin News recalls Dj Cuppy revealed life is too short to be sad having realised some facts about life at 28.

She advised her fans to live their life fully, have fun, learn, take chances, face forward and do not allow anyone to bring them down.

I want to buy my own planet’ Billionaire daughter, DJ Cuppy spills..

I am still single because I’m too sexy – DJ Cuppy

After Several Heartbreaks, DJ Cuppy Shows Off Her New Boyfriend