Taking to his IG story, Nasty Blaq said sometimes he wonders why he still creates and churn out skits on social media, but he then he came to a realization that he wants to help people cure depression with laughter.

According to him, he is focused on curing depression and helping people alleviate their mood even though he can’t remove their pains completely.

“Sometimes I don’t even know why I create skits anymore but I’m just focused on curing depression even if I can’t totally remove the pain I will do my best.
Laugh cos YOLO!” 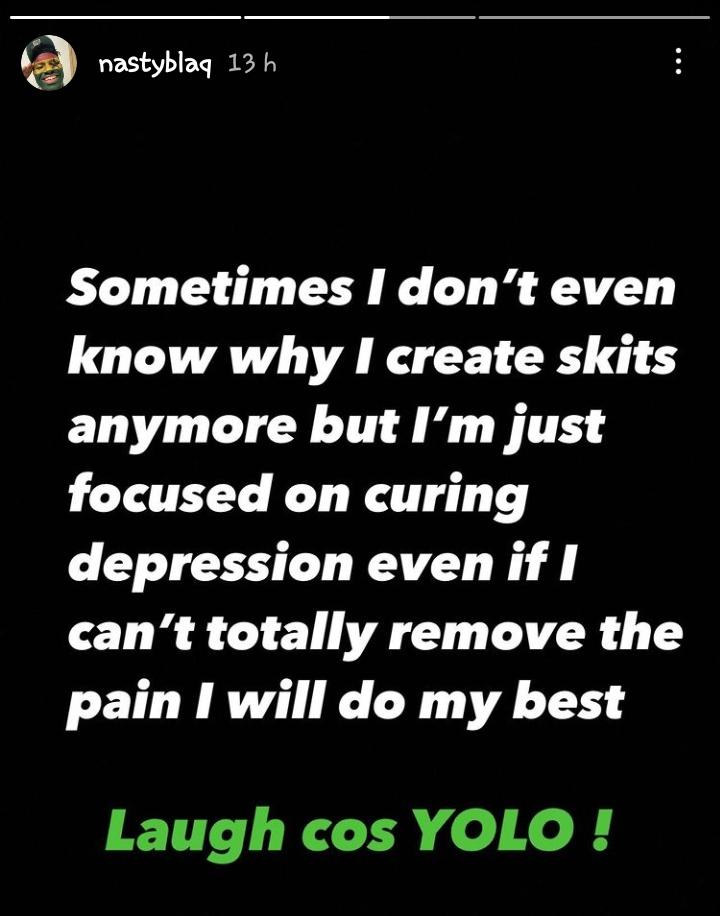 In other news, controversial journalist, Kemi Olunloyo has said she wants superstar singers, Davido, Wizkid and Burna Boy to do a song together before she dies.

Kemi in a post shared via her official Twitter handle noted that it’s her dying wish to see the trio come together to work on a song.

“I wanna see Davido, Burna and Wizkid do a song together before I die. I’ve been a music journalist 27 years among other news beats, a music publicist and a Canadian Grammy Judge. When I die, that song must be played at my funeral reception. I will be so proud as an Angel. DO IT🎶”. She tweeted.

I want to cure depression with my comedy skits — Comedian, Nasty Blaq

Comedian, Nasty Blaq Excited As He Wins Comedian Of The Year Award (Photos/Video)